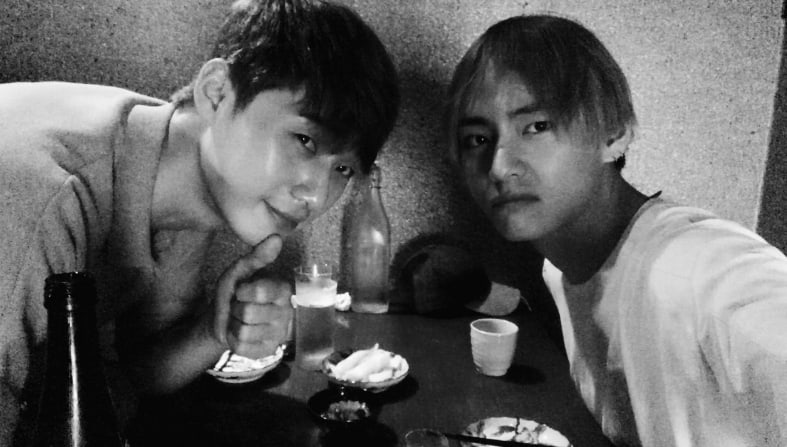 BTS’s V and Park Seo Joon showed off their ongoing friendship with a proof shot of their bromantic date!

On August 14, V uploaded a photo onto BTS’s official Twitter account with the caption, “#I’ve fulfilled my mission to watch the movie twice. #Ddongman, make me a wrap.”

The first hashtag seems to be referring to Park Seo Joon’s latest film “Midnight Runners.” V attended the VIP screening last week, and it looks like he watched the movie once more to support his former “Hwarang” co-star!

The second hashtag in V’s caption is Kim Ji Won‘s line from the recent hit drama “Fight My Way,” which was another project of Park Seo Joon’s that V had been a fan of.

Park Seo Joon also shared a photo on his Instagram with the caption, “I expected I’d be watching the movie once more, but I didn’t imagine I would end up watching it with this kid. What a great guy.”

If you miss seeing these two stars together, you can watch their drama “Hwarang” all over again here!