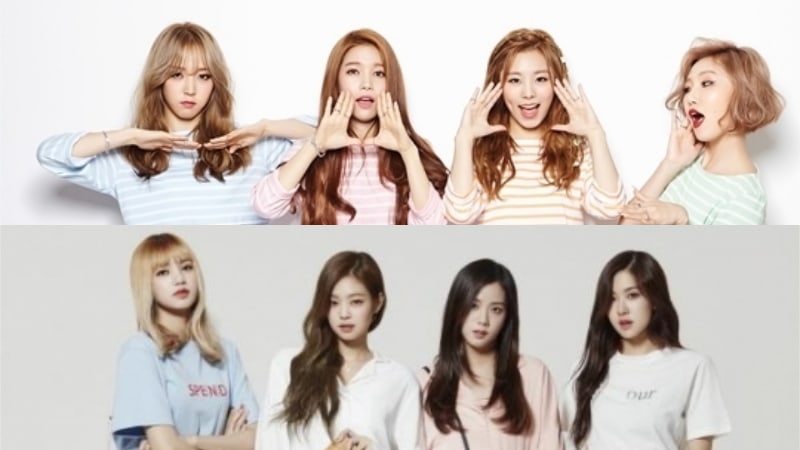 There’s a lot of talented girl groups out there, and each has their own unique aspect and color that sets them apart from other groups, whether it be the ability to pull off a variety of concepts, their knife-like choreography, stunning visuals, beagle-like personalities, or powerful vocals.

However, it’s astonishing to see girl groups that can handle a lot of performance aspects all at once. It really shows to how much effort they’ve put in to perfect their performances.

MR stands for Music Removed, and is the instrumental accompaniment to a song. Many artists release instrumentals of some of their popular songs and nowadays MR removed versions are gaining popularity as well, as one can truly hear just the artists’ vocals in these versions. Check out these popular MR removed performances from five girl groups who recently made comebacks.

This MR removed track is already famous among netizens as it showcases MAMAMOO’s amazing vocals. Listeners will get goosebumps as there is almost no difference between the track with or without MR. Also well known for their stage manner, MAMAMOO’s rap, singing, high notes, and harmonies are all perfect.

In this video, the four members’ unique vocals remain intact without the MR. Some are even of the opinion that the MR removed option sounds better. BLACKPINK has become known for their stunning choreography and stable vocals.

This MR removed performance is perfection befitting the legendary 10-year girl group. Each member is vocally skilled but when they are put together their coordination and harmonies are clean and almost the same as the non-MR removed original.

Even among girl groups, Red Velvet is known for their strong choreography as well as their coordination and stable vocals which lead to amazing live performances. For almost three minutes without rest, they pull off a flawless performance from facial expressions to everything else, without showing any sign of tiring.

Although it hasn’t been long since GFRIEND debuted, they are known for their professionalism during live stages. Even without an MR, their clear singing and pure vocals make you want to watch and listen again and again.