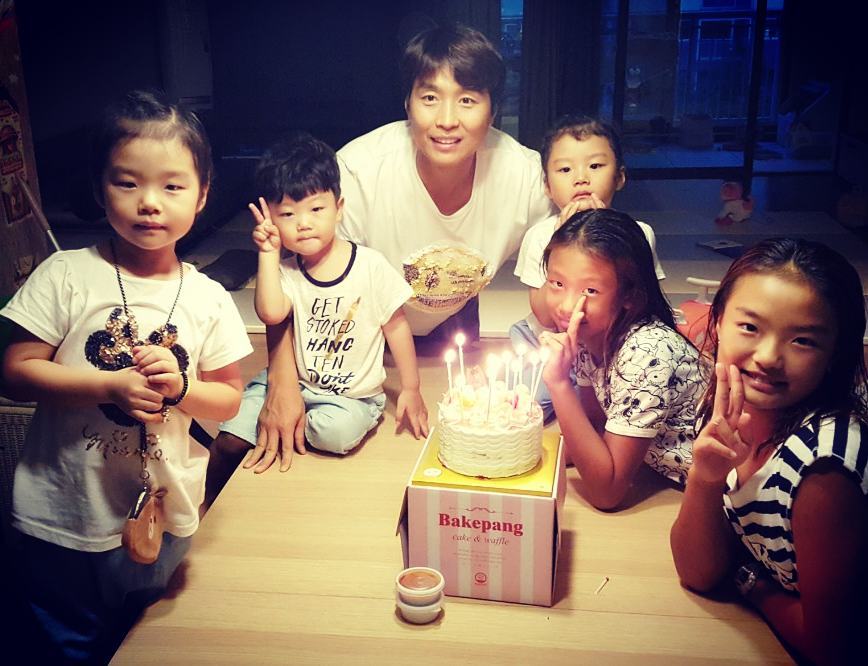 Time for celebrations at the Lee house!

On his August 14 Instagram post, Lee Dong Gook uploaded a photo of him and his five children, celebrating the birthday of two oldest twin daughters, Jae Shi and Jae Ah with the caption: “The day that Jae Shi, Jae Ah become real teenagers. Your dad received a big gift. Thank you for coming into my life.”

Along with the girls’ birthday, Lee Dong Gook was named as a member on the final roster for the South Korean national team for the 2018 FIFA World Cup Russia qualifiers against Iran (on August 31) and Uzbekistan (on September 6).

Nicknamed “Lion King” on the field, Lee Dong Gook will be setting a record as the second oldest member to be in South Korea’s national soccer team, with an age gap of 18 years between him and the youngest player on the team. Should he play in the games, he will also set another record for the player with the longest period of participating in South Korea’s national team matches.

Watch the latest episode of “The Return of Superman” of Lee Dong Gook’s children playing with Wanna One!

Lee Dong Gook
How does this article make you feel?