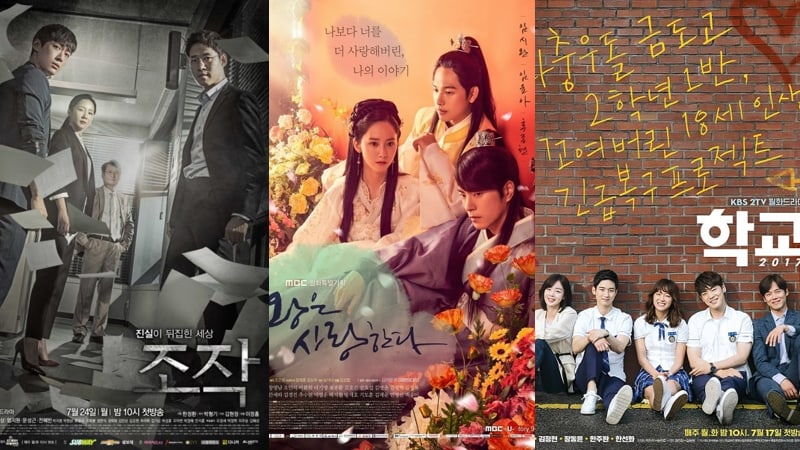 SBS’s “Distorted” continues its lead in ratings for Monday-Tuesday dramas.

On August 15, Nielsen Korea reported that episode 13 and 14 of “Distorted,” which aired the previous day, recorded an overall rating of 9.9 percent and 11.4 percent respectively. Although this is a 0.2 percent drop from episodes 11 and 12, which recorded a 10.1 percent and 11.4 percent overall viewership ratings, it continues to reign over other dramas in the same time slot.

Episode 17 and 18 of MBC’s “The King Loves” came in at second place with ratings of 6.5 percent and 6.6 percent, which is a 0.3 percent and 0.6 percent drop from the previous episodes.

The King Loves
School 2017
Distorted
How does this article make you feel?