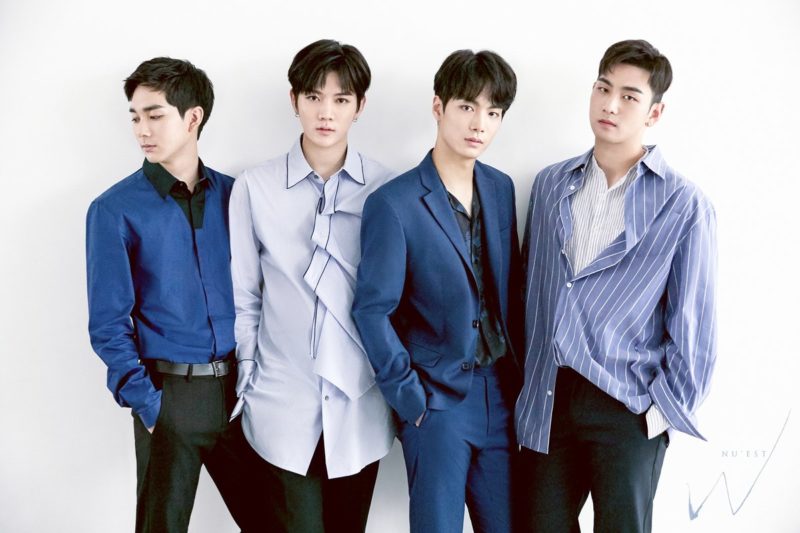 NU’EST W will hold a special performance for fans on the August 17 episode of Mnet’s “M!Countdown”!

To express their gratitude towards their fans, NU’EST W will perform their latest single “If You,” along with their 2013 hit, “Hello,” which recently rose to the top of various online music charts.

“If You” was released for fans ahead of the official release of NU’EST W’s upcoming album. The members were not planning to hold promotional activities for the song, but incredible fan support after the resurgence of “Hello” and the release of “If You” has led the group to put on a special stage out of celebration.

The group is also extremely grateful for fans’ donations toward the support of comfort women, a group of women who were forced into sexual slavery by the Japanese military during World War II. In July 2017, NU’EST’s fans jointly purchased bracelets in an effort to raise money to be donated to comfort women. Fans had gained interest in the historical issue after group member Ren was seen wearing the bracelet. The total amount donated reached 6.3 million won (approximately $5,500).

In response to the astounding amount of support, NU’EST stated that they would do anything for their fans and began to prepare this special stage. The performance will hold a special meaning as both their latest track “If You” and the reignited “Hello” will convey a sense of longing for their fans.

NU’EST W is comprised of the original members of NU’EST minus Hwang Min Hyun, who is currently working as a member of Wanna One. However, the group is still popular as ever, as was proved when they sold out tickets for a fan meeting within three minutes of opening sales.

M!Countdown
NU'EST W
How does this article make you feel?