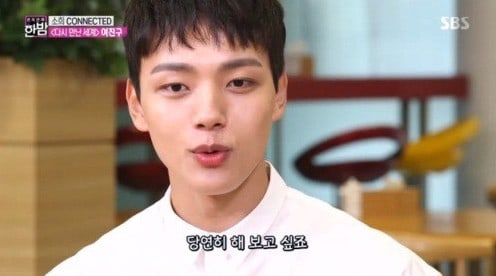 On August 15, Yeo Jin Goo starred as a guest on SBS’s “Night of Real Entertainment.”

The segment started with ELRIS’s Kim So Hee reenacting the character Jung Jung Won from “Into the New World.” The two shared a snack together, and Yeo Jin Goo showed off his boyfriend-like charm. 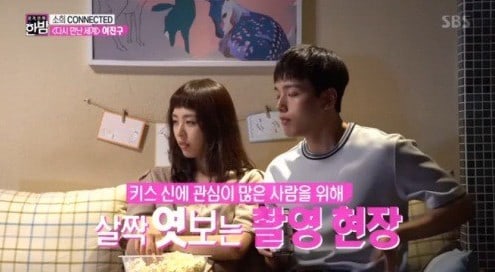 During the same episode, he discussed his feelings towards the “Popcorn Kiss” in “Into the New World.” He said, “I was very nervous and embarrassed during that scene.”

The behind-the-scenes for the kiss scene was also revealed during the segment.

Yeo Jin Goo added, “I want to date. My ideal type is someone who has a lot of aegyo, and someone who laughs a lot.”

The studio erupted in laughter when he continued, “I’ve never gone on a group date or been introduced to anyone. It makes me sad.”

Watch “Into the New World” (also known as “Into the World Again”)!

Yeo Jin Goo
Into the New World
E-news Exclusive
How does this article make you feel?