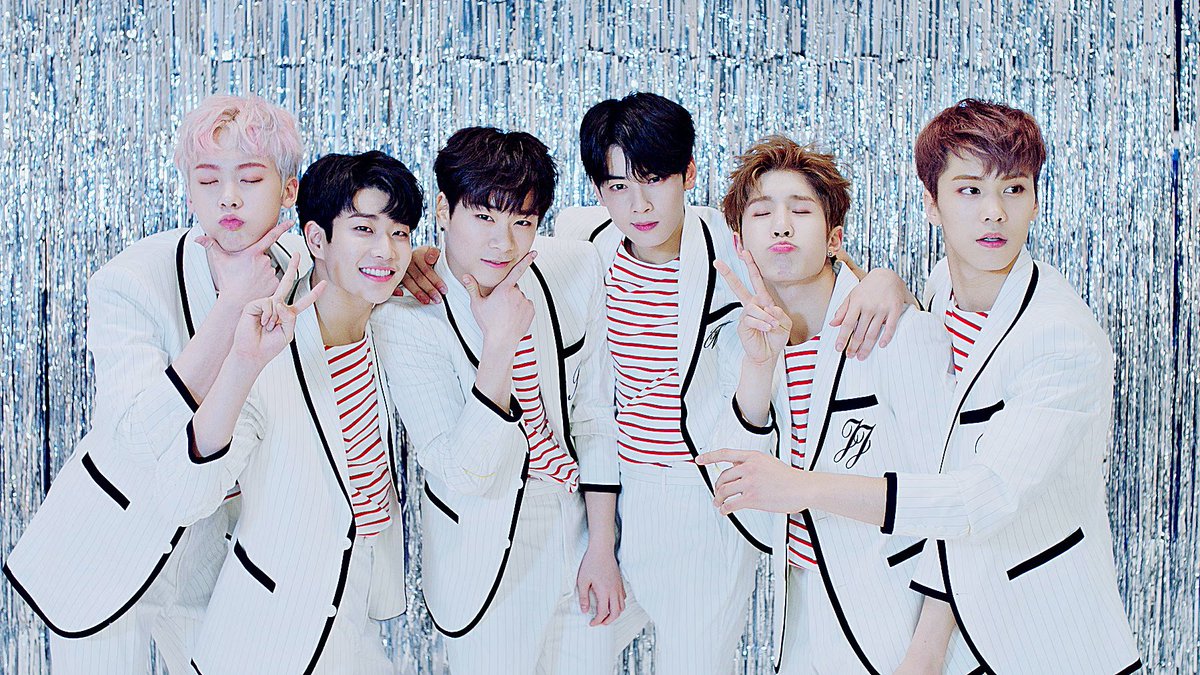 ASTRO members Cha Eun Woo, Moonbin, JinJin, and MJ recently took part in a casual sit-down interview where they ate and drank while answering questions. Two of the youngest members, Rocky and Sanha, are not of legal drinking age and could not partake in the interview.

When asked about their drinking limits and habits, MJ’s was one and a half bottles of soju and falling asleep and Jinjin’s was one bottle of soju with no habits in particular. Eunwoo and Moonbin can both drink about two bottles of soju mixed with beer, while Moonbin’s aegyo significantly increases after he has had a few drinks.

The members spoke gratefully, dedicating all of their success to their fans about being nominated for No. 1 on music programs and hosting their first concert.

Cha Eun Woo revealed he got angry at himself while preparing for the concert. He said, “When getting ready for ASTRO’s concert, I also had to film a drama, variety shows, and commercials. It’s hard preparing for just the concert even by staying up all night. The concert was approaching, my confidence was falling, and I felt sorry to the members.”

Speaking up about the public equating ASTRO to Cha Eun Woo, JinJin denied any feelings of jealousy and said, “Instead, we all have the same mindset that we want to succeed.” The leader continued speaking fondly of Cha Eun Woo and admitted, “When I see him tired from his schedule, I feel bad. He promotes Astro a lot at his personal activities. He is younger than me, but I have a lot to learn from him.”

Recently, ASTRO also opened up about their next comeback.