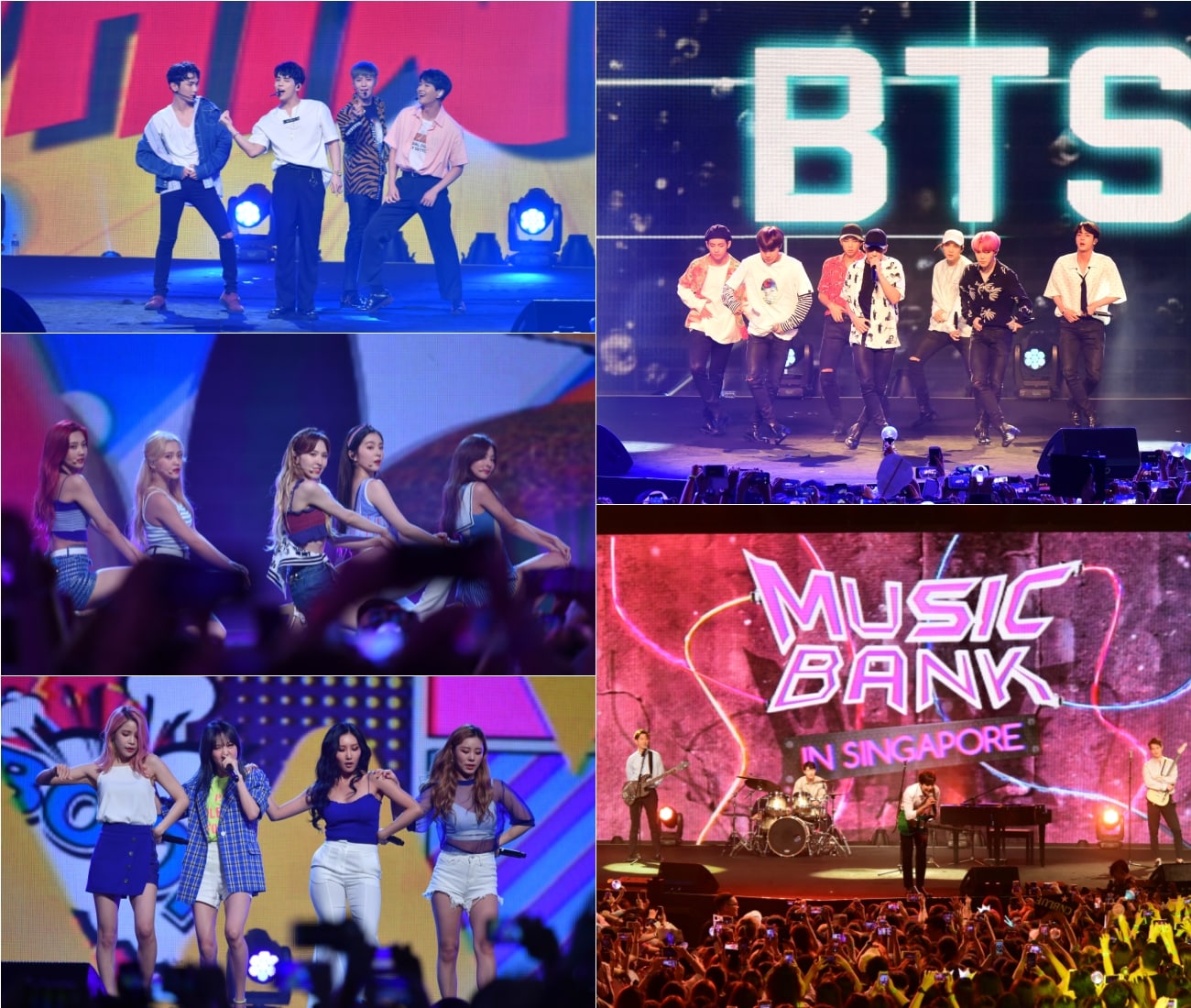 Some of K-pop’s most popular artists recently held a special “Music Bank” concert in Singapore, and KBS2 has now aired their performances!

Artists who took part in the “Music Bank in Singapore” event on August 4 included BTS, SHINee, Red Velvet, CNBLUE, and MAMAMOO. The event was MCed by Park Bo Gum, Red Velvet’s Irene, and Lim Peifen, and aired on KBS2 on August 15.

The show featured plenty of great performances by the groups, as well as impressive collaborations and solo performances!

Check them out below.

CNBLUE – Intro and “You’re So Fine”

MAMAMOO – “Décalcomanie” and “Yes I Am”

All artists – “Run to You” (original by DJ DOC)

What’s your favorite performance from the night?