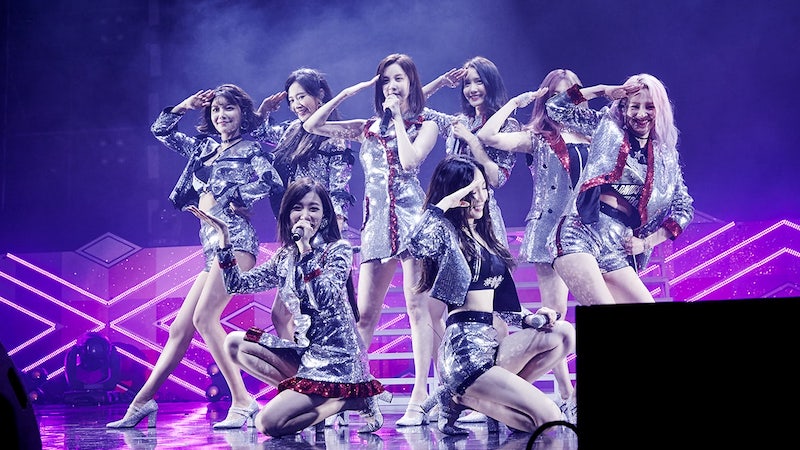 On August 15, MBC aired the pre-recorded “DMZ Peace Concert” held over the weekend.

In response, MBC commented via Weibo, “SM Entertainment requested for Girls’ Generation’s appearance to be edited out from the ‘DMZ Peace Concert’ which aired on August 15,” and added, “Please ask SM Entertainment on further questions regarding this matter.” 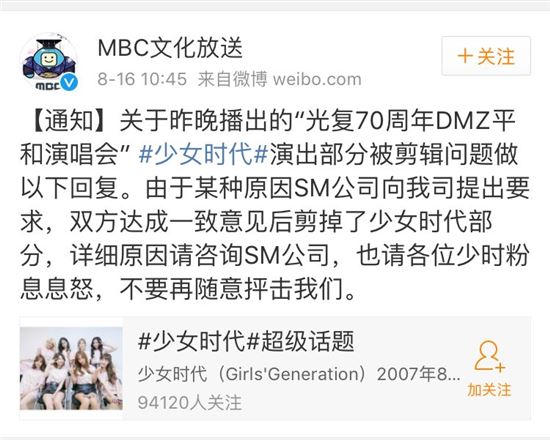