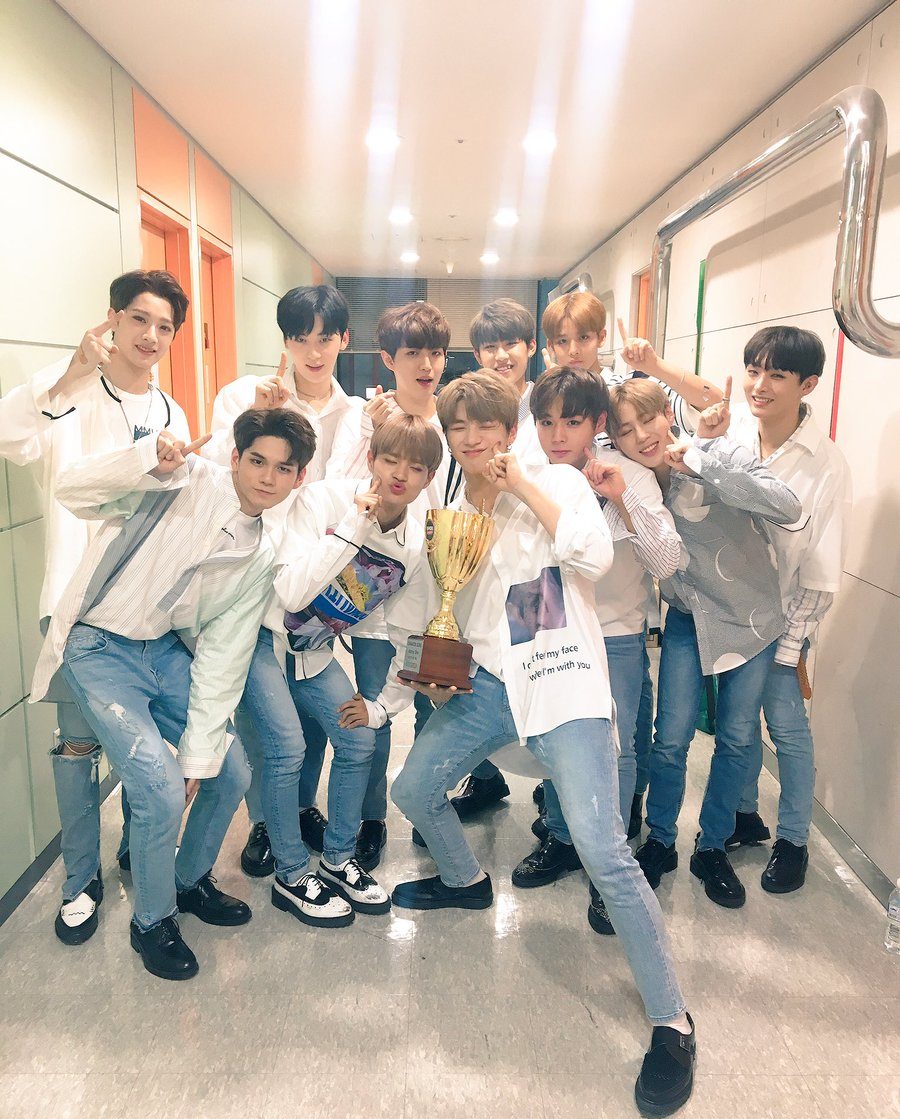 Watch: Wanna One Takes 1st Ever Win With “Energetic” On “Show Champion,” Performances By JJ Project, GFRIEND, And More

Wanna One has taken home their first ever music show trophy!

On August 16’s episode of “Show Champion,” Girls’ Generation, EXO, GFRIEND, Wanna One, and WINNER were in the running for first place. Wanna One grabbed the top spot!

The “Produce 101 Season 2” finalist group only made their official debut on August 7, and has already grabbed their first win.

Each member had the chance to thank everyone for the trophy, after having performed for the first time on “Show Champion” that day. Leader Yoon Ji Sung said that being able to win the trophy was all thanks to their fans Wannable, and promised to remember them forever. Ong Sung Woo said, “This feels like a dream, I’m so happy.”

Wanna One expressed their love and thanks to their fans, and promised to keep working hard.

Watch their performances, win, and encore below!

Congratulations to Wanna One on their first win!