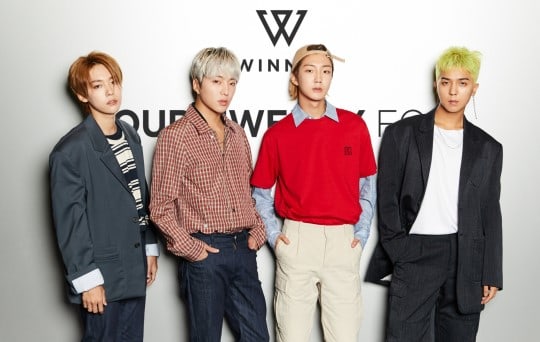 One of WINNER’s new songs has been deemed inappropriate for broadcast by KBS.

On August 16, KBS officially announced that WINNER’s “ISLAND” is unfit for broadcast. A source from KBS has explained that this is because it includes “language about sexual relations between men and women or homosexuality, obscene content.”

The lyrics that are said to be the issue were, “Just like a cocktail, shake it, I want to mix with you on the sofa.”

WINNER’s second title track “LOVE ME LOVE ME” has been deemed appropriate for broadcast by KBS.