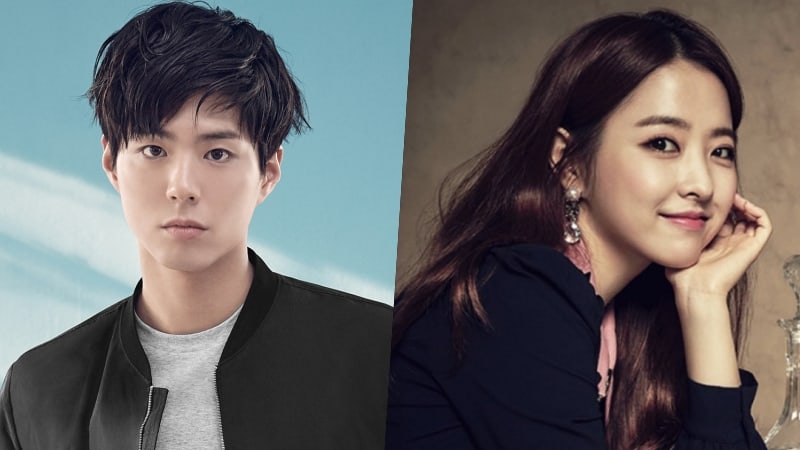 The Seoul International Drama Awards 2017 has announced the final nominations for this year’s show!

266 dramas from 55 countries were entered for review, and 29 programs and 27 individuals were chosen as the finalists.

For the program awards, there are eight nominees for “TV Movie,” four for “Comedy,” nine for “Mini-Series,” and eight for “Serial Drama.” The Korean dramas up for nomination are KBS’s “The Red Teacher,” starring Lee Dong Hwi and Jung So Min, and JTBC’s “Strong Woman Do Bong Soon,” starring Park Bo Young and Park Hyung Sik.

Check out all the nominees for the program awards: 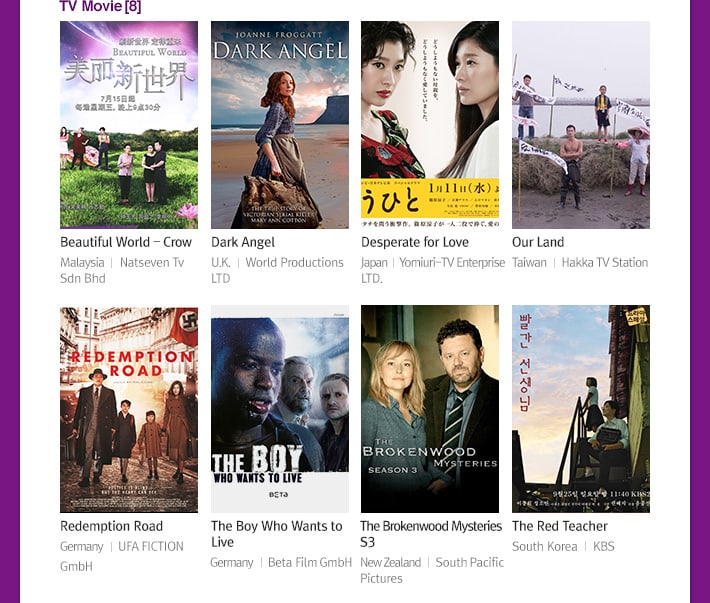 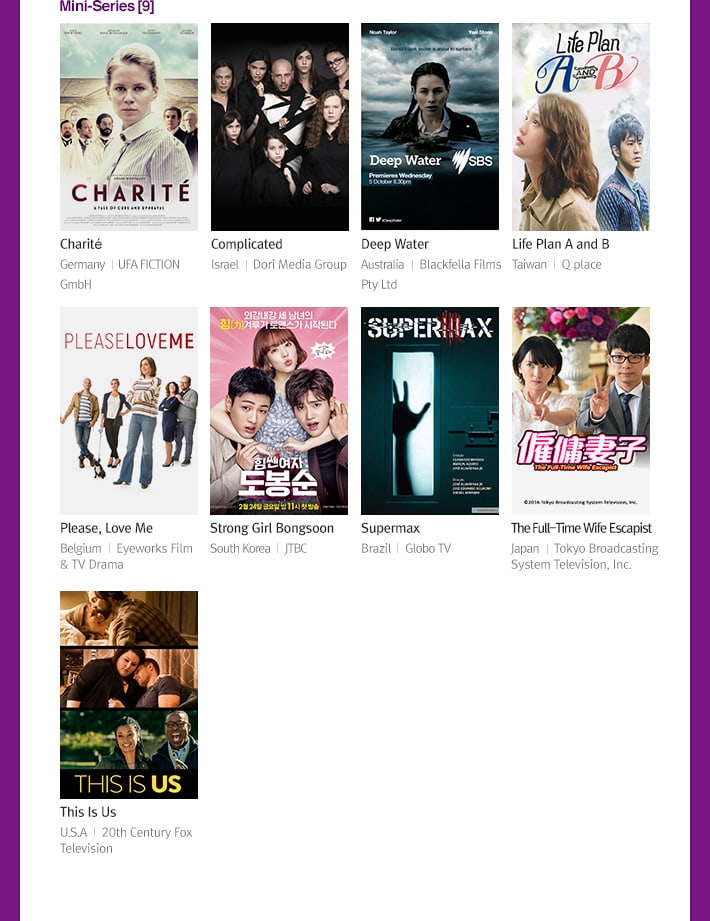 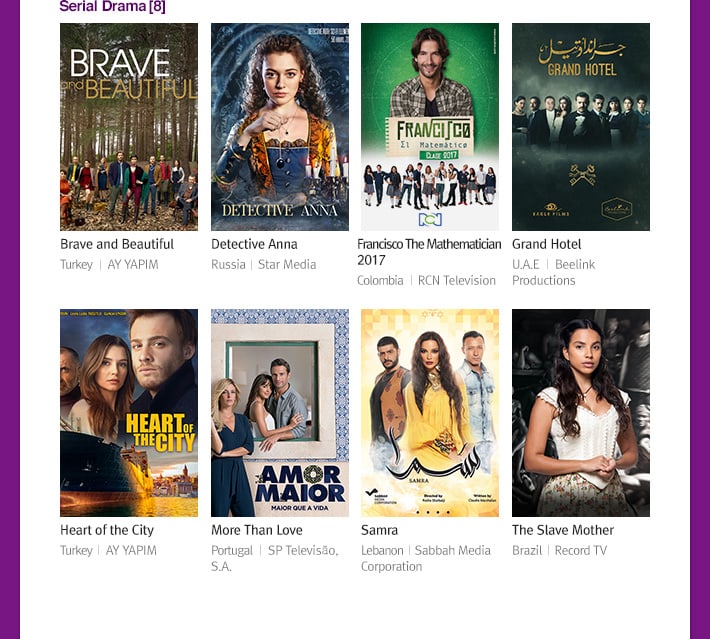 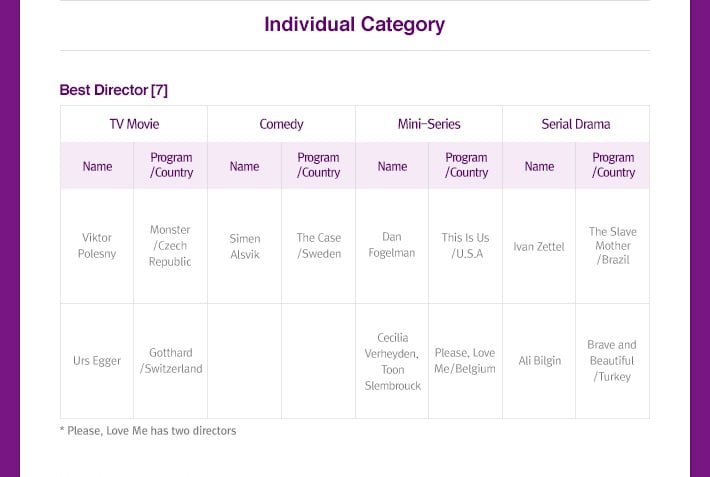 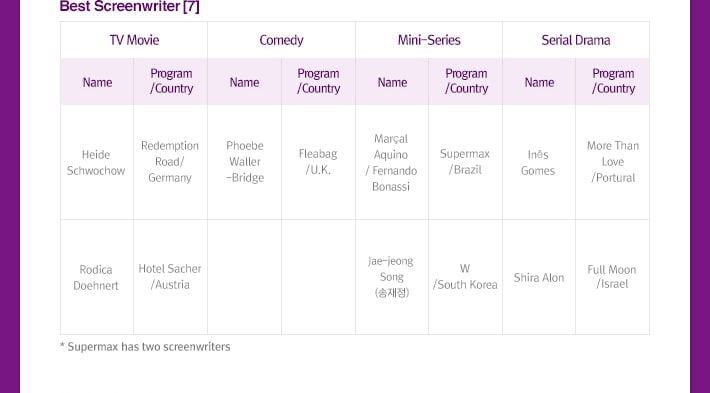 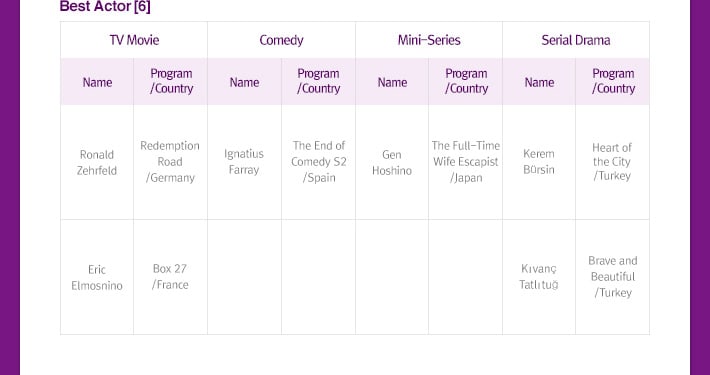 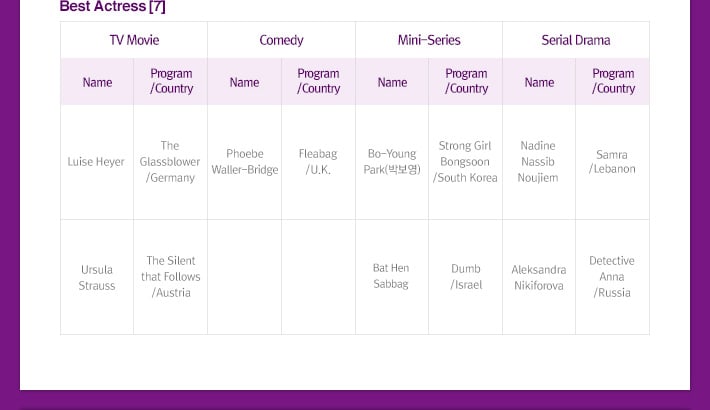 Shin Dong Yup and Kim Jung Eun have been selected as the MCs of the Seoul International Drama Awards 2017, which will be held on September 7 at 5:30 p.m. KST and air live via KBS 2TV. Currently, Park Bo Gum, Park Bo Young, and Ailee are confirmed to attend.