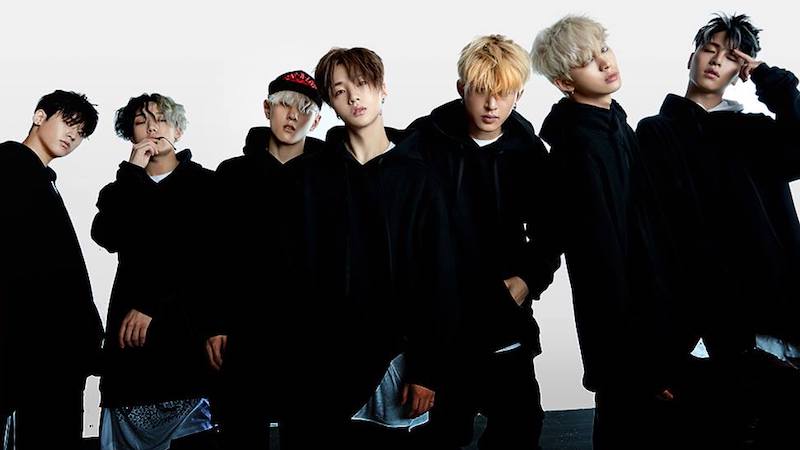 iKON fans have announced a boycott on all goods sold by YG Entertainment.

On July 24, the fans sent a 18-page request for feedback on various matters including pushing schedules that do not consider the health of members, low amount of activities in Korea compared to overseas, continuous changes in plans, and lack of improvement in styling. They decided to wait until August 11 for a response from YG Entertainment.

Yang Hyun Suk posted on his Instagram on July 30, “No need to worry about iKON! Let’s wait until September and October…the day we can happily smile together.”

In the statement revealed by fans on August 17, they wrote that YG had simply covered up their sincere requests to tease an unpromised comeback as media play. They continued, “We waited until August 11, but in the end, we were not able to receive sincere feedback from YG.”

As a result, the fans decided to boycott the upcoming DVD “iKON SUMMERTIME SEASON2 in BALI” and all other goods produced by the company until YG provides complete feedback. 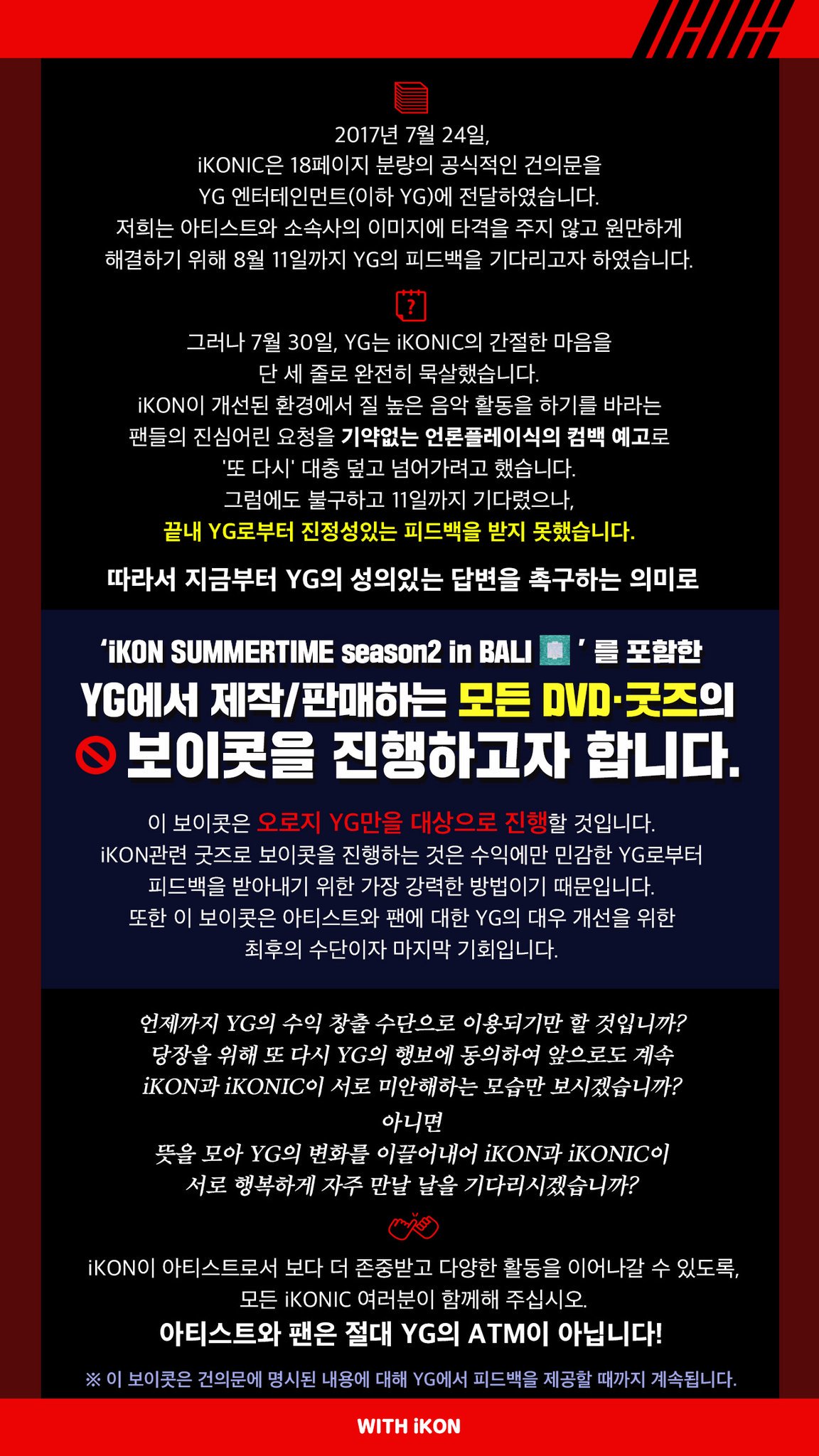 In response, YG Entertainment replied, “This has occurred from a misunderstanding,” and commented, “iKON released a new single album in May of this year, and they are continuously preparing for a new album and have plans to meet domestic fans often.”

iKON
YG Entertainment
How does this article make you feel?