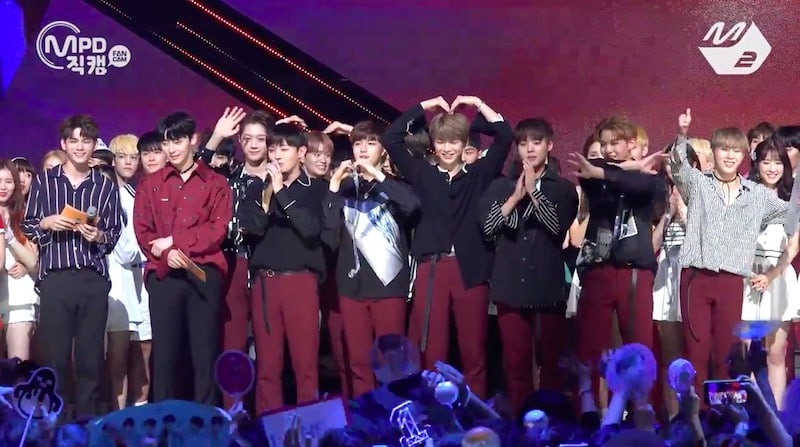 Wanna One has taken home their second ever music show trophy!

After they thanked everyone, Wanna One fulfilled their first place promise of presenting a “love letter” to their fans. Each member held up a placard with writing on it, which together read, “Since we’ve received a lot, there’s a lot we’re going to give too.”

Watch their performance of “Energetic” and win below! You can also watch an official full version of their encore.

Performances today included comebacks by NCT Dream, SONAMOO, and BP Rania, and special performances by NU’EST W of “Hello” and “If You.”

Congrats to Wanna One!