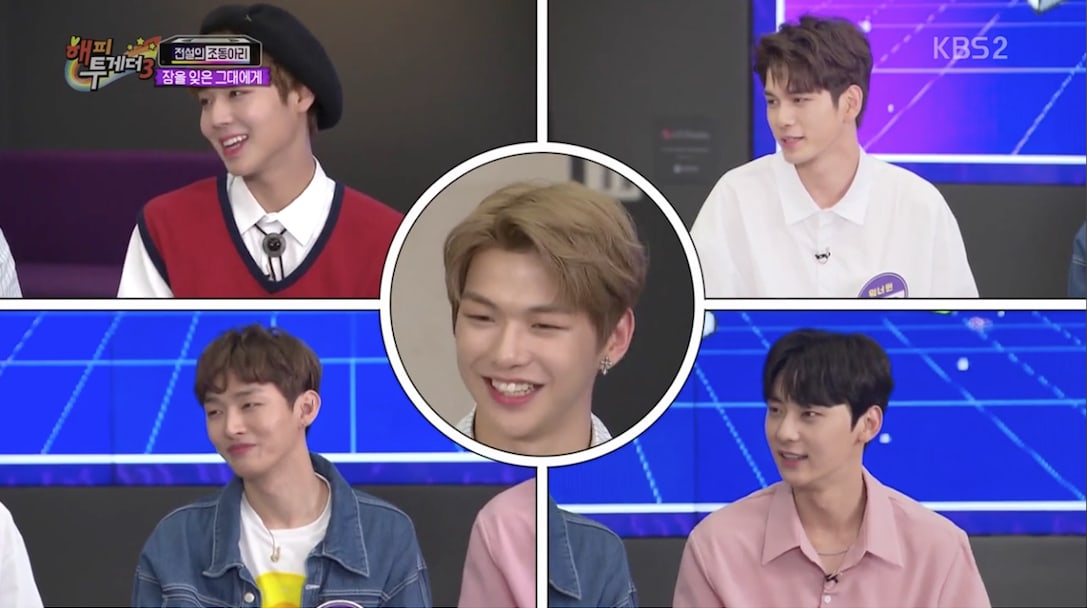 On the August 17 episode of KBS2’s “Happy Together,” some of the Wanna One members who guested on the show opened up about who they look up to in the music industry.

Kang Daniel said there are several groups he likes and there was a specific senior he wanted to emulate. He said, “I really respect Seventeen’s teamwork and BTS’s powerfulness. Also, [I respect] EXO, because they’re just so cool.” In EXO, Kang Daniel chose Kai as his role model and said, “I am in charge of Wanna One’s physique and sexiness, and Kai is really sexy. I really want to be like him.” Ong Sung Woo revealed he also sees EXO’s Kai as a role model.

Hwang Min Hyun shared, “[My role model is] TVXQ. Originally, I liked to sing, but I didn’t have any dreams of becoming an idol singer. However, when I was in sixth grade, my older sister was a TVXQ fan. I watched their performances with her, and liked them so much. That’s when I started dreaming of becoming an idol.”

Wanna One is currently promoting their debut title track, “Energetic,” which recently took its first ever win.

Wanna One
Happy Together
Minhyun
Park Ji Hoon
Kang Daniel
Ong Seong Wu
How does this article make you feel?