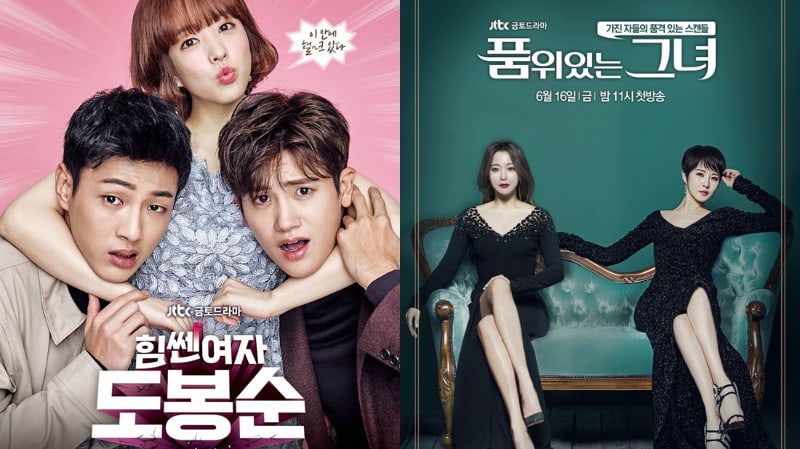 Screenwriter Baek Mi Kyung of “Strong Woman Do Bong Soon” and “Woman of Dignity” has shared her thoughts on her two extremely successful dramas.

Baek Mi Kyung explained, “I really didn’t expect [‘Woman of Dignity’ to do so well]. I thought the audience would be limited. Rather than lots of people watching it, I thought there would be a small number of hard-core fans, but I’m thankful that so many people are watching it. I didn’t think the drama’s storyline would gather a wide audience, and I tried to write a drama that people who sell or buy at the luxury goods section of the department store can easily watch.”

Regarding her new hit drama breaking her previous record with “Strong Woman Do Bong Soon,” she said, “It feels strange that one of my dramas has surpassed my other drama. Someone had to break the record set by ‘Strong Woman Do Bong Soon,’ and I’m glad that I was the one to do it. But I don’t want to have to do it again. As for setting JTBC’s highest ratings record, I’m very moved by it. It’s a delightful thing to set a record, but at the same time, I feel pressured about my next work.”

She then shared the message she wanted to tell through “Woman of Dignity.” “I wanted to say that dignity doesn’t come from money. Park Bok Ja (Kim Sun Ah) used to believe that money was everything and that once she had the money, she would become like Woo Ah Jin (Kim Hee Sun). But even when she gets the money, she’s still jealous of Woo Ah Jin. When she finally realizes what’s important in life, she dies. Happiness doesn’t result from money, and the only thing the upper class has is money. That’s why we don’t have to desire wealth. Dignity is living without violating the rules. The right way to live is to live an ordinary life while knowing my place and staying true to my values. The message of this drama is that we are all living quite satisfactory lives.”

Did you watch any of Baek Mi Kyung’s dramas?

Strong Woman Do Bong Soon
Woman of Dignity
Baek Mi Kyung
How does this article make you feel?