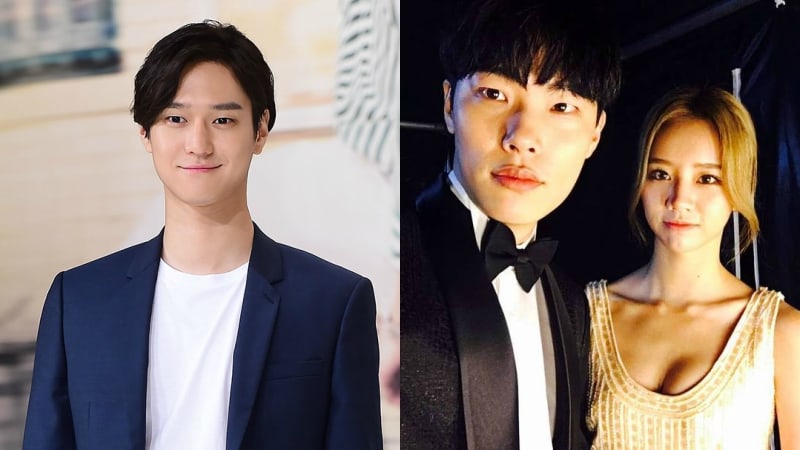 On August 18’s episode of “Entertainment Weekly,” Go Kyung Pyo took part in a “guerrilla date” interview among a crowd of fans.

During the interview, Go Kyung Pyo talked about his latest drama “Strongest Deliveryman.” The interviewer pointed out that Go Kyung Pyo has previously often played characters in their 30s, even though he’s still in his 20s.

“The fact that I have a face that looks old is an advantage as an actor,” joked Go Kyung Pyo.

When fans in the crowd had a chance to ask Go Kyung Pyo questions, one asked Go Kyung Pyo if he has a girlfriend. “I don’t,” he replied.

Another fan asked him, “Duk Sun is dating now, what do you think about that?” 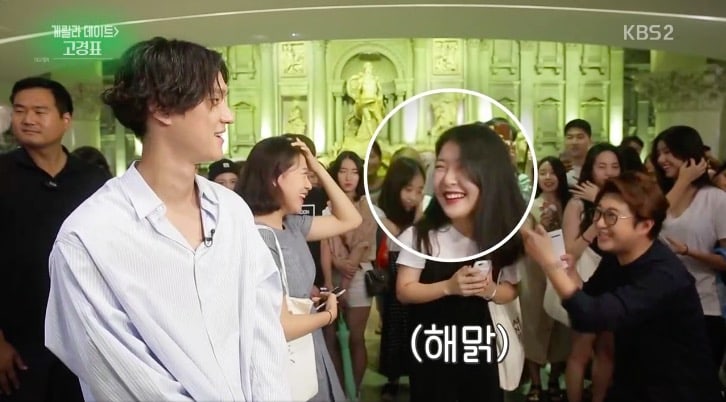 Duk Sun is the name of the character played by Girl’s Day Hyeri in the hit drama “Reply 1988,” which also starred Go Kyung Pyo, Ryu Jun Yeol, Park Bo Gum, and more. It was recently revealed that Hyeri and Ryu Jun Yeol are dating.

Go Kyung Pyo hesitated for a moment, and then replied, “I support the love of the two of them, who think of only each other.” 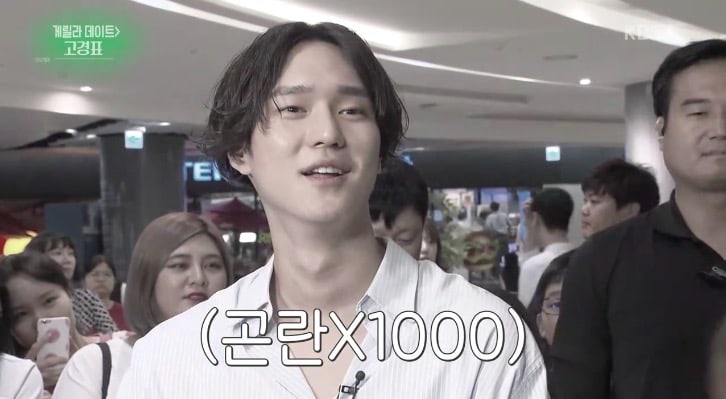 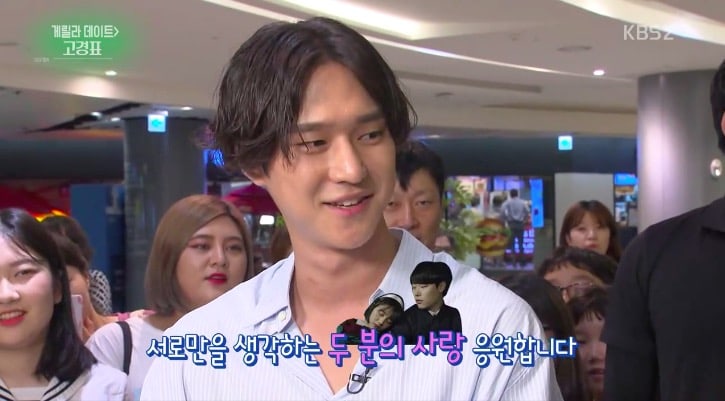