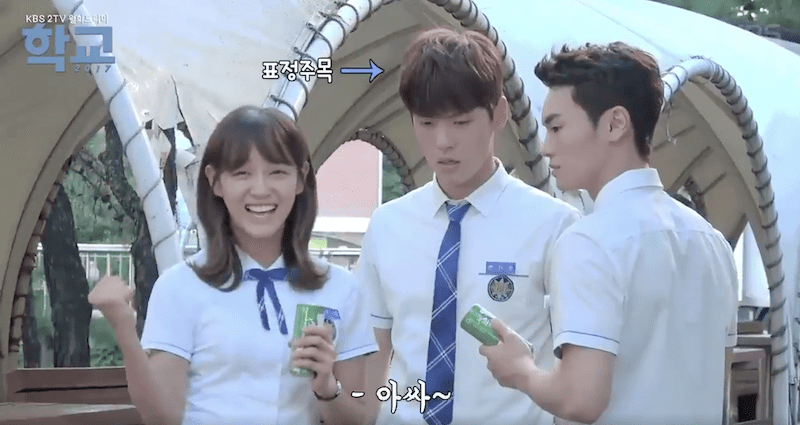 Watch: “School 2017” Co-Stars Show Love For Each Other During Filming

KBS drama “School 2017” recently aired its tenth episode. By now, each of the main characters have largely developed their storylines and the romance between Ra Eun Ho (played by Kim Sejeong) and Hyun Tae Woon (played by Kim Jung Hyun) is going full speed ahead.

On the other hand, when Kim Jung Hyun filmed his scenes with Kim Sejeong, she teased him by calling him an ahjussi (middle-aged man), but also pet his head so he wouldn’t get jealous during a scene with a handsome male student.

All aboard the Eun Ho and Tae Woon ship!

School 2017
How does this article make you feel?