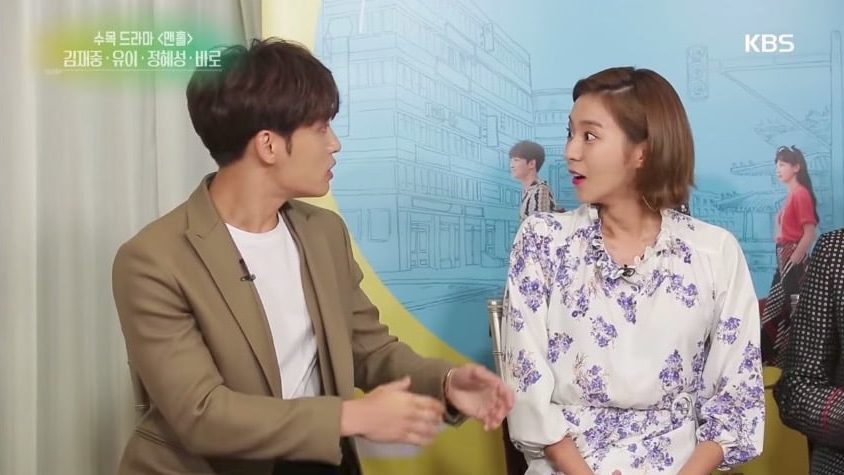 Watch: Kim Jaejoong And UEE Get Into Hilarious Disagreement Over Idol Generations

The cast of KBS drama “Manhole” recently sat down for an interview with “Entertainment Weekly,” during which Kim Jaejoong and UEE got into a funny disagreement.

Kim Jaejoong made his debut with TVXQ in late 2003 (and is currently a member of JYJ), while UEE debuted as a member of After School in 2009. The “Manhole” cast also includes Baro from B1A4 (who debuted in 2011), as well as actress Jung Hye Sung.

When the interviewer asked Baro about working with his seniors, Baro described either one or both of them as being “almost in the first generation,” which Kim Jaejoong immediately balked at. UEE quickly gestured at Kim Jaejoong as though trying to clarify that Baro was only referring to him. 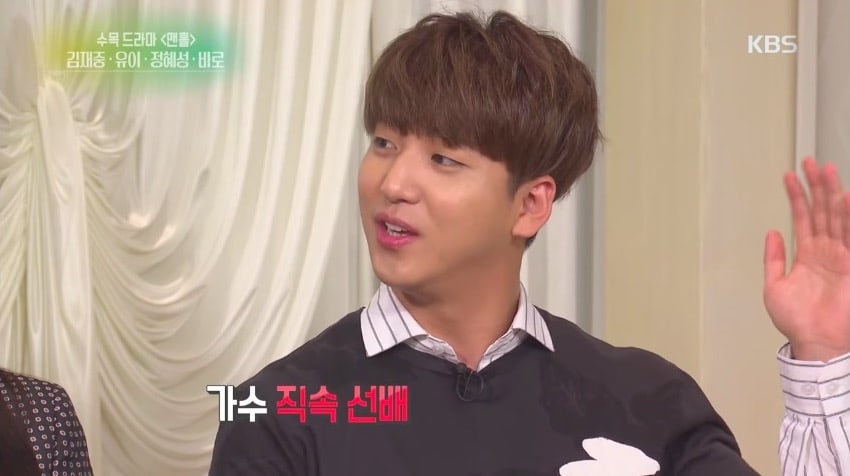 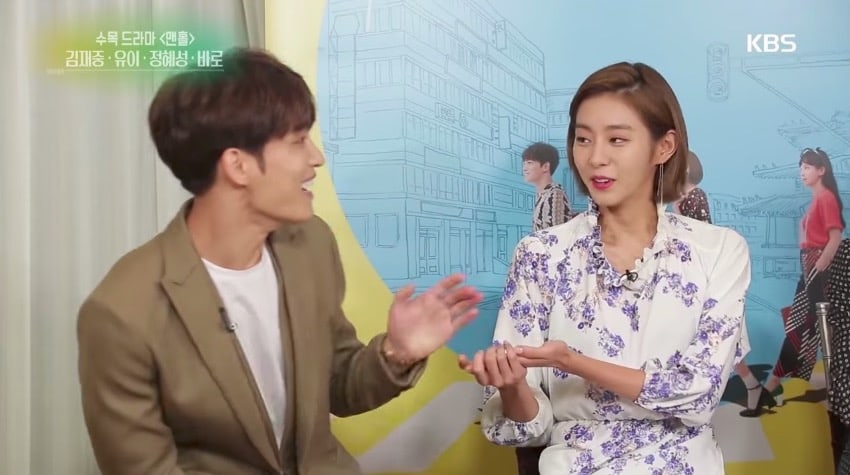 Baro added, “It’s the first generation to me,” and UEE jumped in to say, “To me too!” Kim Jaejoong protested at Baro by saying, “No way!”

“The first idol I ever saw was TVXQ,” said Baro, but Kim Jaejoong just shook his head at him and said again, “No way.” 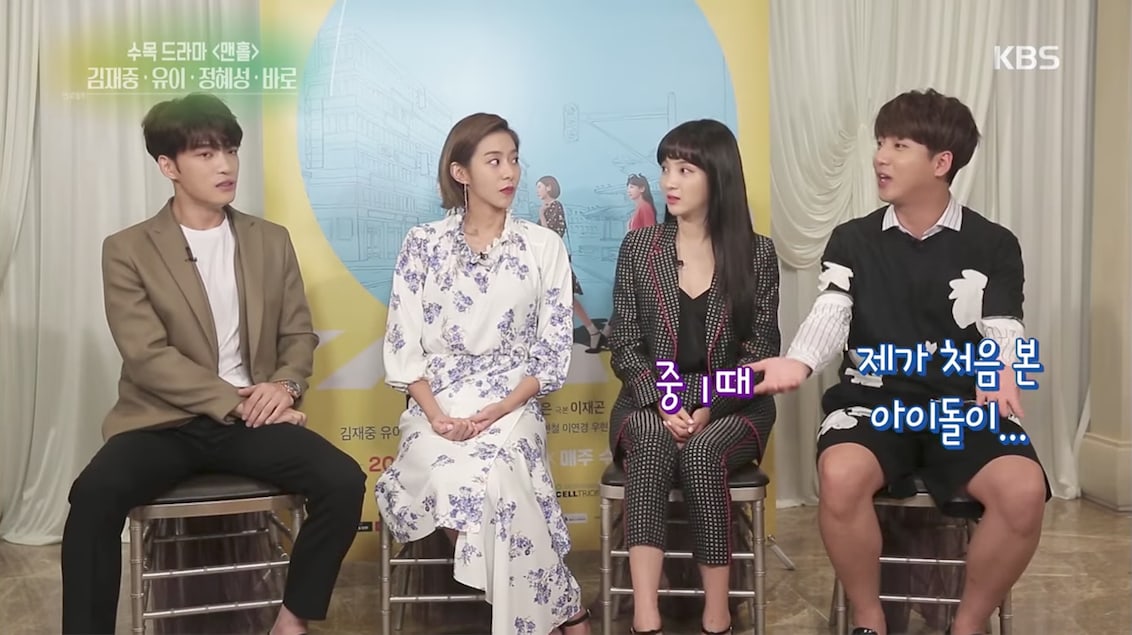 Kim Jaejoong claimed that he is part of UEE’s generation, which UEE was quick to deny, and the two bickered back and forth. After UEE got even more passionate about the topic she eventually just said to him, “We’ll talk later.”

The interviewer said that it seemed to him as an objective observer that H.O.T. and SECHSKIES are part of the first generation of idols, TVXQ is 1.5 generation, while After School would be a part of the second generation.

UEE was shocked by this, and claimed she’s a part of B1A4’s generation, which no one at the interview was willing to accept. 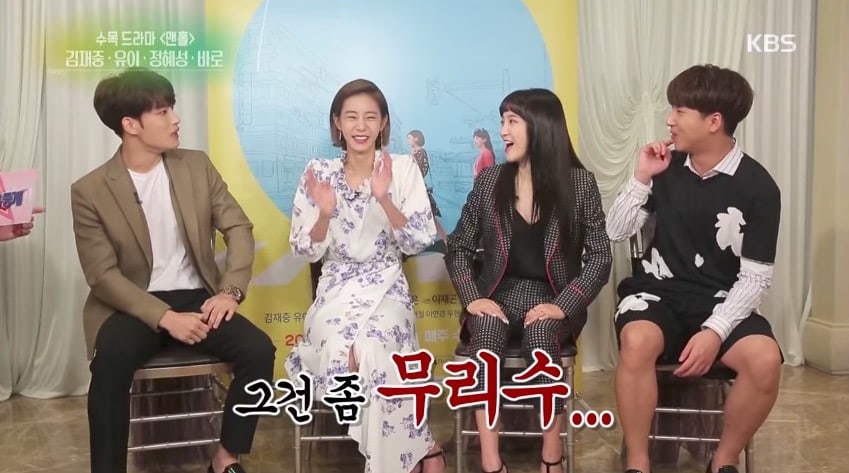 Kim Jaejoong also updated fans on his injury, showing an almost fully healed finger. It was previously reported that he had suffered an injury while filming.