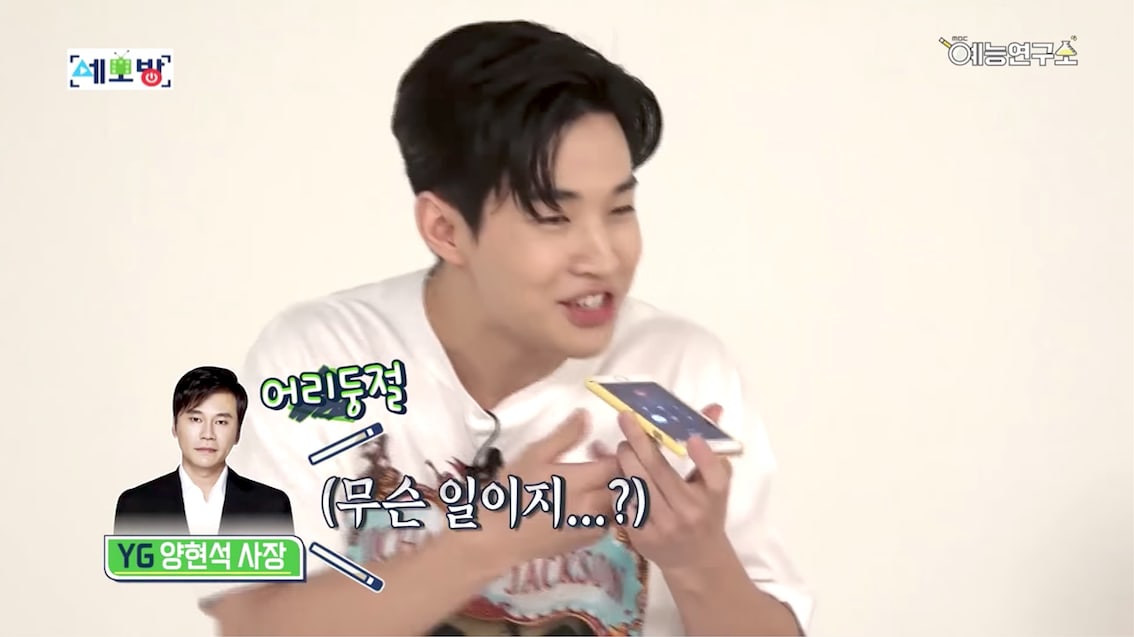 Have you ever wanted to complain to your boss but didn’t have enough courage to?

In a preview for the upcoming episode of “All Broadcasts of the World” (literal translation), Sandara Park says she wants to complain to Yang Hyun Suk about wanting to release an album. At actor Joo Sang Wook’s prodding, Henry offers to call on her behalf.

However, things change when Yang Hyun Suk actually answers the phone. After saying, “Hi, Mr. Yang? Are you really him?” Henry instead turns the phone over to actor Joo Sang Wook for help. The actor suddenly asks, “Why hasn’t Sandara released an album for three years?”

Watch the beginning of their phone conversation with Yang Hyun Suk in the released teaser below!

How do you think Yang Hyun Suk will respond? Find out when this episode airs on August 19 at 11:15 p.m. KST.