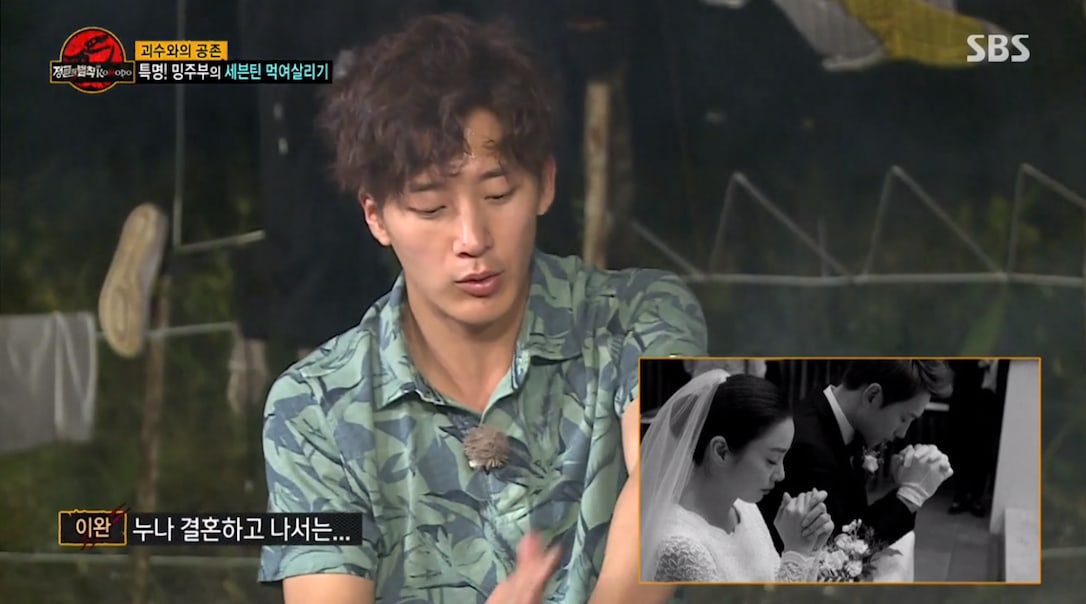 Lee Wan spoke about his sister Kim Tae Hee and his brother-in-law Rain for the first time since their marriage on the latest episode of “Law of the Jungle.”

Kangnam shared that he lives in the same apartment building as Rain, and started a conversation with Lee Wan about his family. Lee Wan revealed that he lives with his mom, since his sister got married. Kangnam then asked about his new brother-in-law to which Lee Wan responded, “We are slowly becoming a family and getting closer.”

Lee Wan also opened up about hiding the fact that he was Kim Tae Hee’s brother during his debut. He debuted in the popular drama “Stairway to Heaven,” and acted as siblings alongside his real-life sister. However, Lee Wan hid the fact that Kim Tae Hee was his actual sister and even changed his name so people would not know.

“When we ran into each other on set, I would bow to her and act as if we were acquaintances,” said Lee Wan, and surprised his “Law of the Jungle” cast members.

Meanwhile, Kim Tae Hee and Rain recently announced they were expecting a baby.

Watch your favorite celebrities take on the wilderness on the “Law of the Jungle” here!

Law of the Jungle
Kim Tae Hee
Lee Wan
Rain
How does this article make you feel?