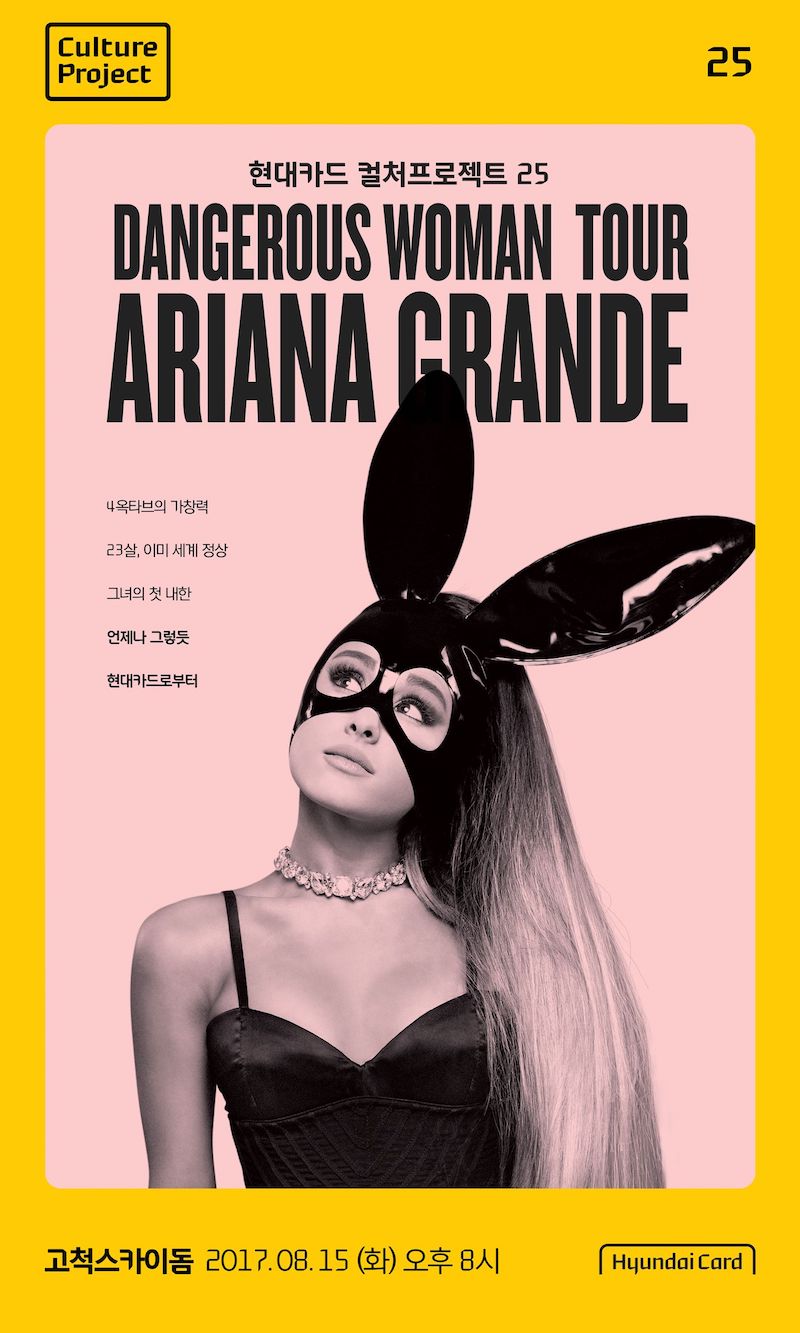 There has been much criticism from those who purchased a “VIP Ticket,” as one of their privileges—to attend the rehearsal before the show—went unfulfilled during the singer’s Seoul concert. Ariana Grande had reportedly entered the country three hours before the beginning of the concert, and therefore did not hold a rehearsal. In response to the criticism, Hyundai Card has issued an official apology as the organizer of the Seoul concert.

According to Universal Music Group’s statement, all of Ariana Grande’s concerts including the one held in Korea, have the same stage system, choreography, flow, and setlist. The singer also exited the concert after her encore performance without any additional comments to the audience in all other countries as well, not just in Korea. They explained that this exit was a purposely planned, specific feature to this tour, and was not meant to be taken as a disregard for Korean fans.

They further clarified that Japan and South Korea also had the same total performance time of one hour and 30 minutes, and that the number of concerts held in the respective countries corresponded to market demand. Some of the complaints asked why there were three concerts in Japan, and why they supposedly lasted up to three hours.

In regards to complaints that her live singing seemed halfhearted, Universal Music Group responded that Ariana paid special attention to her live singing, saying that if she was to make a concert DVD, she would’ve used her performances from the Seoul concert.

Universal Music Group also stated that attending the concert rehearsal was never included in the VIP package, but did clarify that another privilege—a guaranteed early entrance—did not occur.

ariana grande
How does this article make you feel?