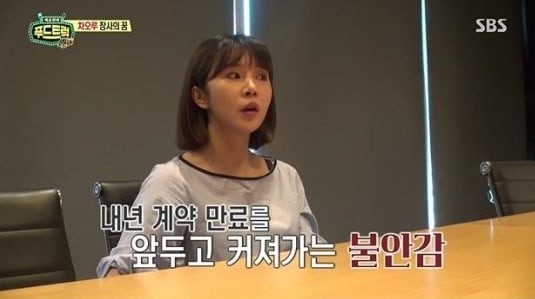 FIESTAR’s Cao Lu Honestly Reveals That She Has No Income

On the August 18 broadcast of SBS’s “Baek Jong Won’s Food Truck,” FIESTAR’s Cao Lu revealed that she still has no income.

There is a system in which when an idol group debuts, the majority of their beginning income is dedicated towards settling any “balances” they have with the entertainment company. The members have a certain amount of debt that cover their training, production costs, wardrobe, and many other aspects of becoming an idol. Until they break even with their promotions, idols ultimately have no income. 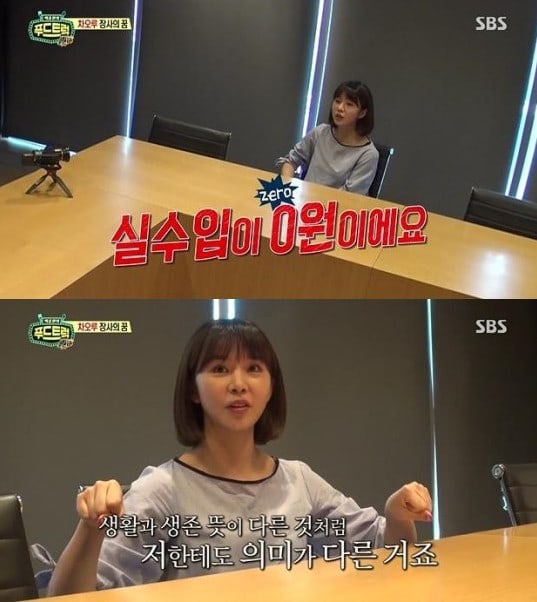 Cao Lu said, “Truthfully speaking, there is nothing I know how to do besides be a singer. If I were to work for a company, I don’t even know how type or do anything. Being a celebrity is not stable. I wonder, ‘When the contract ends next year, what do I do?’ That’s why I thought that I should at least make a shop and prepare for the worst while promoting.”

She continued, “My income is 0 won. For six years, I have been working passionately for close to no money. Do you understand why I’m worrying about one to two years ahead? I really want to open up a shop. Next year, I will turn 32 years old, and I’m given 500,000 won (approximately $450) to live off of per month. I feel like I really need to do something.”

Cao Lu also objectively evaluated that her busy activities from last year will not last for a long time. She said, “There’s a big difference between opening a business for profits and opening a business to survive. If there are no schedules, I starve. Life and survival are different. I think I can passionately lead the business.”

Meanwhile, Cao Lu debuted with the girl group FIESTAR in 2012. Cao Lu was in the lime light in 2015 when she appeared as a guest on MBC’s “Radio Star.” She has appeared on “We Got Married,” “Uncontrollably Acting,” and “Video Star.”