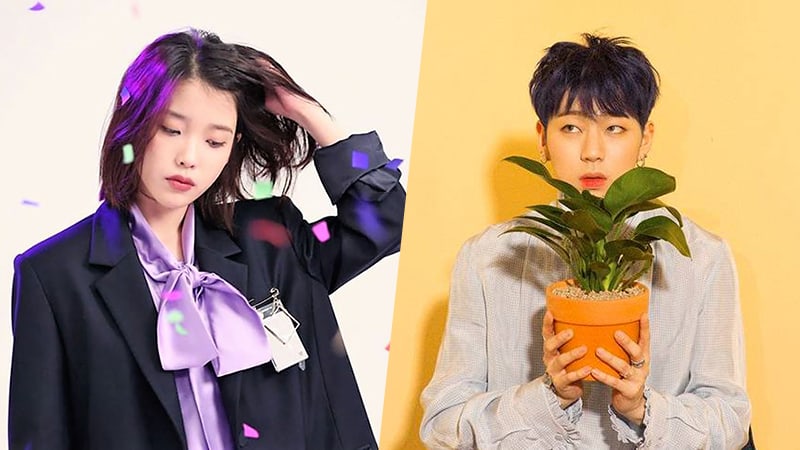 There is a never-ending stream of memorable songs that come out of the K-pop industry every year. Of these, we’ve collected some super catchy 2017 tracks that deserve to be played on loop. All of these songs have fans coming back for more and are nearly impossible to turn off. Check out these songs that not only make streaming a joy, but will also play themselves over and over again in your head!

With catchy music, it might be easy to immediately think of a highly produced track with electronic elements. However, this is not the case for the newest indie band on the scene. The Rose is the only indie band on this list, and it’s because of their super catchy debut song! They have already received recognition as talented songwriters and are charming hearts with their hauntingly beautiful music video “Sorry.”

Another band that has a completely different feel, and is catching fans’ attention, is N.Flying. Their newest track, “The Real,” is perfect for those who prefer upbeat and peppy music. You will probably find yourself playing this addicting song over and over again. Besides, it’s nearly impossible to catch all of the hilarious antics that are included in this entertaining music video in one go!

JJ Project recently made a comeback with the album “Verse 2” and the inspirational title track “Tomorrow, Today.” This song is relatable to almost everyone and you’ll find yourself listening to it whenever you need to know you’re not the only one figuring out the path of life!

HOTSHOT’s “Jelly” is truly a masterpiece in the modern K-pop world. The members were directly involved in its creation and former “Produce 101 Season 2” trainee Noh Tae Hyun created the equally tantalizing choreography. This track mixes many music genres together including house, hip hop, and dance. It may be about the common topic of a struggling relationship, but there is nothing ordinary about this song’s addictive beat!

DAY6 can always be counted on to release memorable songs with every comeback. However, they truly outdid themselves with the charming track “Hi, Hello.” Remarkable musicians constantly strive to paint everyday occurrences into their music for the whole world to enjoy. The members of DAY6 accomplished this very thing when they captured the moment of saying hello to someone new in a song!

There will always be times when simplicity is best. Unsurprisingly, G-Dragon blew away the world with his refreshingly minimalistic track “Untitled 2014.” This beautiful piece features nothing except his regretful voice over a clear piano backdrop. A timeless song that captures all of the painful emotions connected to saying goodbye, “Untitled 2014” helps those parting ways to feel like flying again.

“Produce 101 Season 2” brought many amazing songs into the world of K-pop. “Never” ended up coming out on top when it achieved all-kills on the music charts. It didn’t take long for this memorable song to become a favorite, and its songwriters went on to write Wanna One’s sensational title track “Energetic.”

The leader of the “Never” team, Kim Jong Hyun, had said that they wanted to create a legendary stage; and that is exactly what they did!

SEVENTEEN is a budding group of youthful talent and breathtaking visuals. Their music is composed by Woozi, who also happens to be one of the 13 ethereal members. With every new comeback, their growth is visible, especially in their increasingly popular music. “Don’t Wanna Cry” is no exception to this development; on the contrary, it is evident by this rhythmic piece that they have now become world class musicians!

Growing up is hard and we often realize that living the adult life feels startlingly like an attempt to play a video game without going through the instruction tutorial. At the same time there are always a few beautiful moments when everything is doable and you have all your ducks in a row! IU’s “Palette” captures this surreal feeling as the song coasts on a habit-forming base of Soul and R&B.

Zico is generally recognized as one of the top K-pop producers. He not only leads Block B, but also writes and records numerous popular songs. His catchy “She’s a Baby” has a perfectly smooth R&B tune that has everyone coming back for more. Besides, when he hints that his love interest already is in a relationship, we find ourselves replaying it just to be sure!

Which K-pop song is your current bop? Let us know what you’ve been listening to in the comments below!