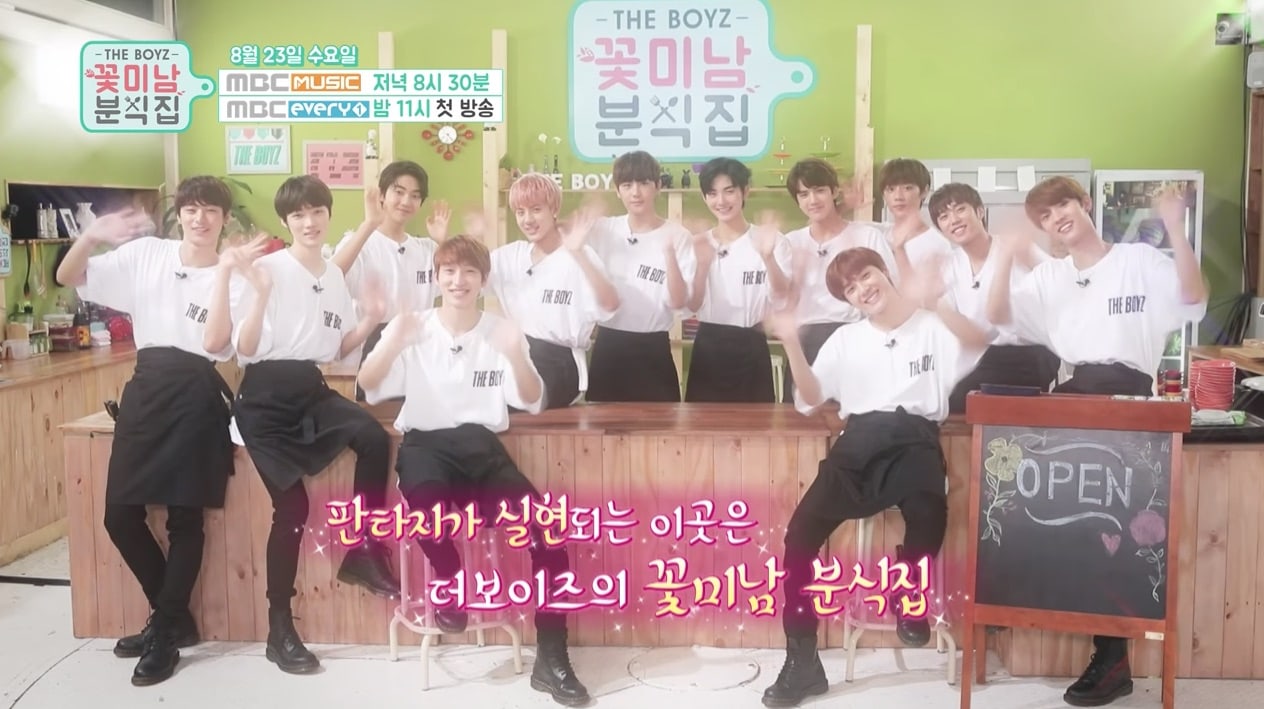 Watch: The Boyz Begins Their Culinary Journey In Teaser For Their Variety Show’s 1st Episode

Upcoming rookie group The Boyz has released a teaser for the first episode of their variety show “Flower Snack”!

It looks like the episode will follow the members as they go from not knowing how to cook at all to proud owners of a snack shop. They are set to not only learn the tricks of the trade from professional chefs, but they will also go to farms to directly source some of their ingredients.

Though the members of The Boyz fumble around at first and look a little lost, it’s clear from the teaser that they all worked hard to create the best snack shop they could!

The first episode of “Flower Shop” will air on August 23 on MBC Music at 8:30 p.m. KST and MBC every1 at 11 p.m. KST. The episodes will also be available on The Boyz’s V App channel.

Don’t forget to check out the individual teasers as well as to get to know the members before the first episode!