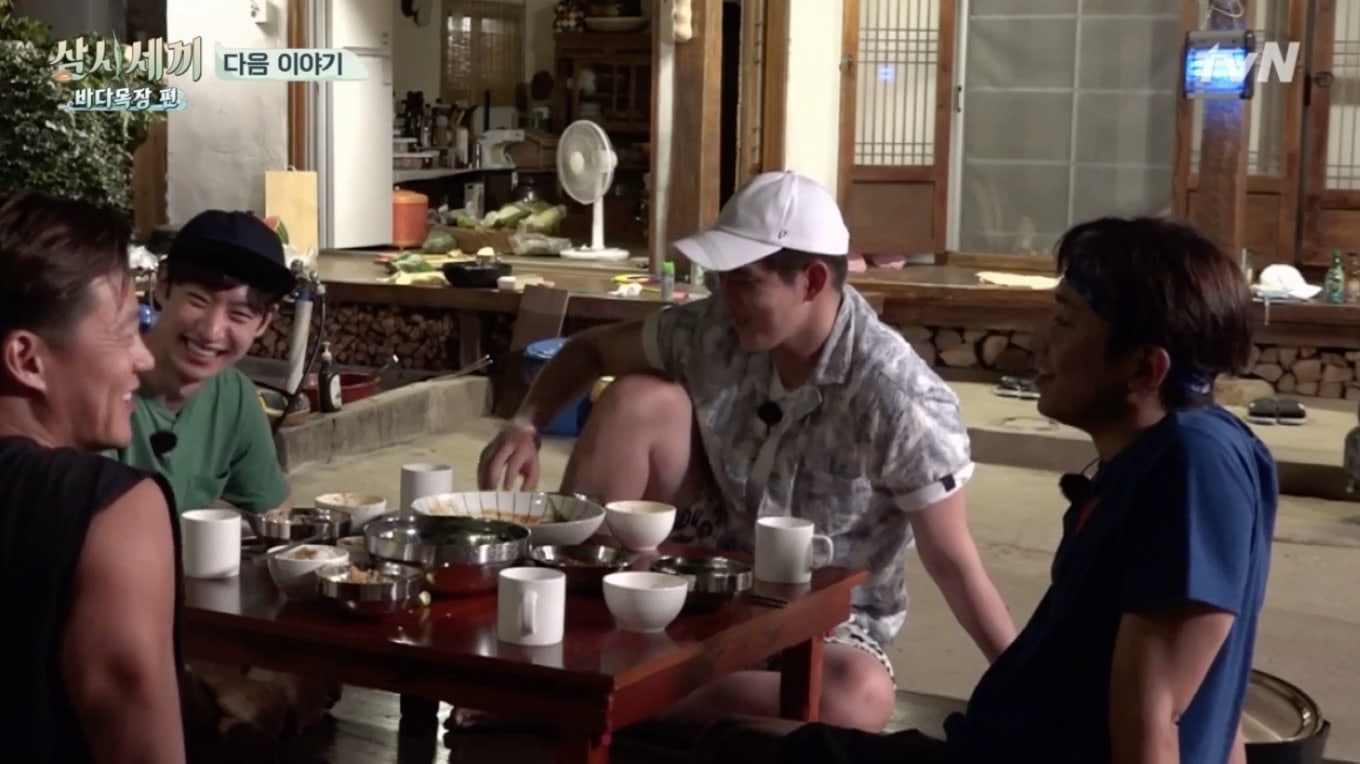 “Three Meals a Day” writer Kim Dae Joo has teased that actor Lee Je Hoon will bring the laughs as he attempts to win over the cast as a male guest in the upcoming episode of the hit variety show.

The end of the third episode that aired on August 18 showed Lee Seo Jin, Eric, and Yoon Kyun Sang sitting around wondering who their next guest would be. They were full of excitement as they hoped the guest would be a woman, and that she would bring food with her.

Who greeted them instead was Lee Je Hoon, who came with a bag of peanuts and a watermelon. Lee Seo Jin joked that Eric needn’t put any effort into his food while Eric said that Lee Je Hoon shouldn’t have come all the way to the island in the heat. On the other hand, Yoon Kyun Sang was happy as he had once picked Lee Je Hoon as his acting role model. 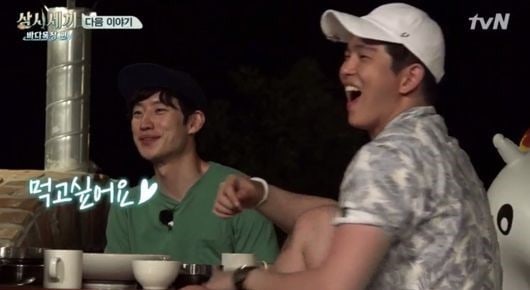 Regarding the cast’s chemistry with Lee Je Hoon, Kim Dae Joo said, “None of the three cast members personally knew Lee Je Hoon that well. I think that’s what made it even funnier. Lee Je Hoon is very down to earth and a great person. Though the cast was a little disappointed that Han Ji Min‘s successor was a male guest, they all became friends very quickly.”

When asked what viewers should look out for in Lee Je Hoon’s appearance, the writer said, “The four stooges! They’re going to be acting very silly, something you’d expect when guys get together and hang out. They went out and played in the ocean because it was so hot, and a lot of roughhousing went on. You can anticipate a lot of silliness in the next episode.” 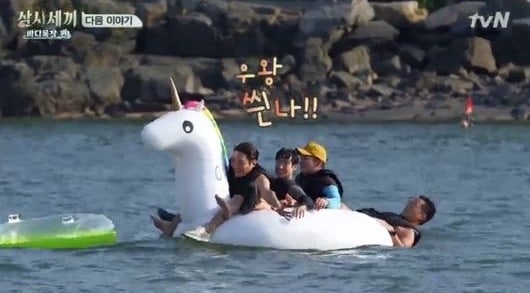 Meanwhile, “Three Meals a Day” has been doing very well, maintaining its title as the most-watched program in its time slot for three consecutive weeks. The latest episode scored nationwide ratings of 9.8 percent and peaked at 12.6 percent in real-time ratings.

Three Meals a Day
Lee Je Hoon
How does this article make you feel?