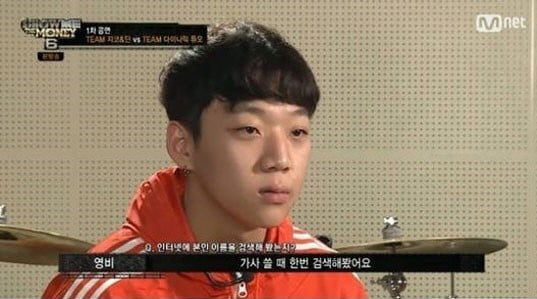 On the August 18 broadcast of Mnet’s “Show Me the Money 6” rapper Young B, also known by his real name Yang Hong Won, denied the controversy which began earlier this year and labeled him as a bully. Instead, the rapper expressed that what is being said about his past are only rumors.

This statement was made during an interview Young B gave as he prepared for his joint stage with Hangzoo as a part of Zico and Dean’s team.

Young B opened up about the issue after the performers had searched their own names on the internet before writing lyrics for their new track, “Search.” When Young B revealed he had also looked his name up, Zico commented, “Young B has a lot of malicious comments [about him] right now. We don’t even have to look to know about it.” 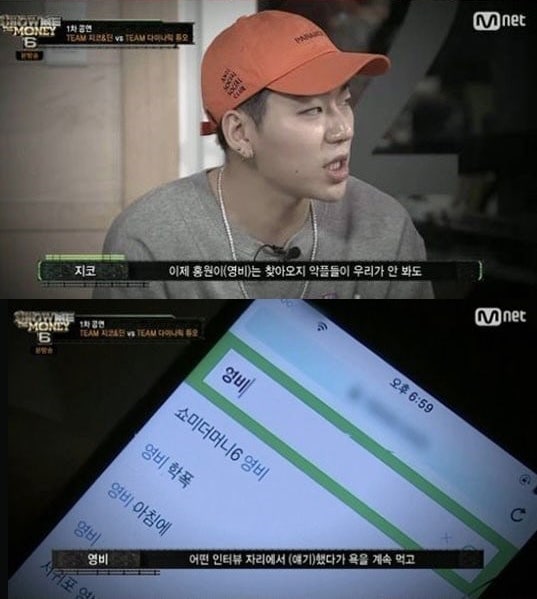 Young B addressed those comments, saying, “I’ve seen a lot of them. I saw someone who uploaded a post summarizing who and what I’ve done, and it was kind of absurd.”

The rapper continued, “There are many comments that aren’t true. Even if those people read them, they would see that the comments aren’t saying ‘He did this,’ but say, ‘I’ve heard he did this.’ Those people know that there is no evidence and are just believing what everyone else is saying.”

Young B went on, “At first I wasn’t didn’t say anything about the issue, but there was one interview where I talked about it and I ended up getting criticized. I think the issue just becomes bigger if I keep talking about it. I feel that it’s more tiring to discuss it.”

I have never done the things that people are accusing me of,” the rapper firmly stated. “I just want to express myself through music, because I am a rapper.”

While appearing on “High School Rapper” earlier this year, Young B was caught up in a controversy when several posts said that he not only had bullied others, but also engaged in smoking and drinking as a minor. Young B’s most recent statement about the controversy differs from was what stated by representatives of “High School Rapper” earlier this year, as they had said that the rapper acknowledged and apologized for his past conduct.

Yang Hong Won
Show Me The Money 6
Young B
How does this article make you feel?