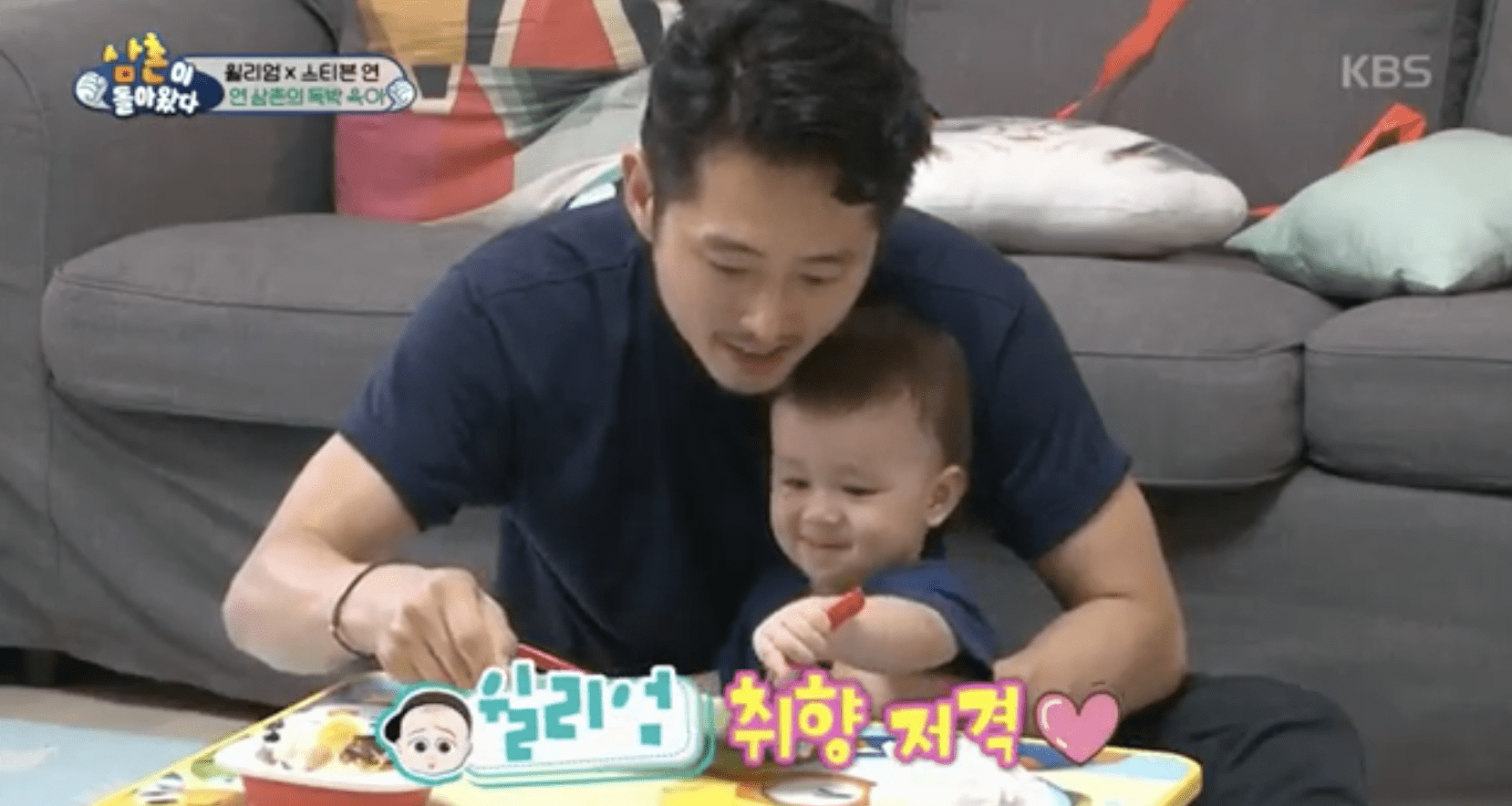 Watch: Steven Yeun Shows His Side As A Great Father With William On “The Return Of Superman”

Hollywood actor Steven Yeun appeared on “The Return of Superman” to entertain William!

On the August 20 episode of KBS2’s “The Return of Superman,” Steven Yeun visited Sam Hammington’s place to surprise the father and son.

In an attempt to conceal his identity, Steven Yeun rang Sam Hammington’s doorbell as a pizza delivery man. When Sam Hammington recognized the actor’s face, he couldn’t contain his shock and stared at Steven Yeun in awe. However, little William burst out in tears at the sight of an unfamiliar visitor. Luckily, William let his guard down when he saw Steven Yeun’s adorable gift.

After observing Steven Yeun for a while, Sam Hammington remarked, “You’re really great with kids.” The actor revealed that he also has a four-month-old son named Jude. Steven Yeun shared that he was excited to see his son grow into William’s age in the upcoming months.

Next, Steven Yeun helped William eat lunch while Sam Hammington went out to buy a meal for the two adults. Instead of eating, William roamed around the living room and even pulled out an SD card from one of the production cameras. Sam Hammington returned with spicy rice cake and hot chicken feet for lunch, which made Steven Yeun turn red in pain.

After lunch, the three visited a Korean dry sauna, or jjimjilbang, and spent great time together. At the jjimjilbang, Sam Hammington and Steven Yeun had a heart-to-heart conversation about raising their children. Steven Yeun shared that it was magical to witness his son being born. Towards the end of their day, the actor joked that he will be drinking more coffee in order to keep up with his son in the near future.