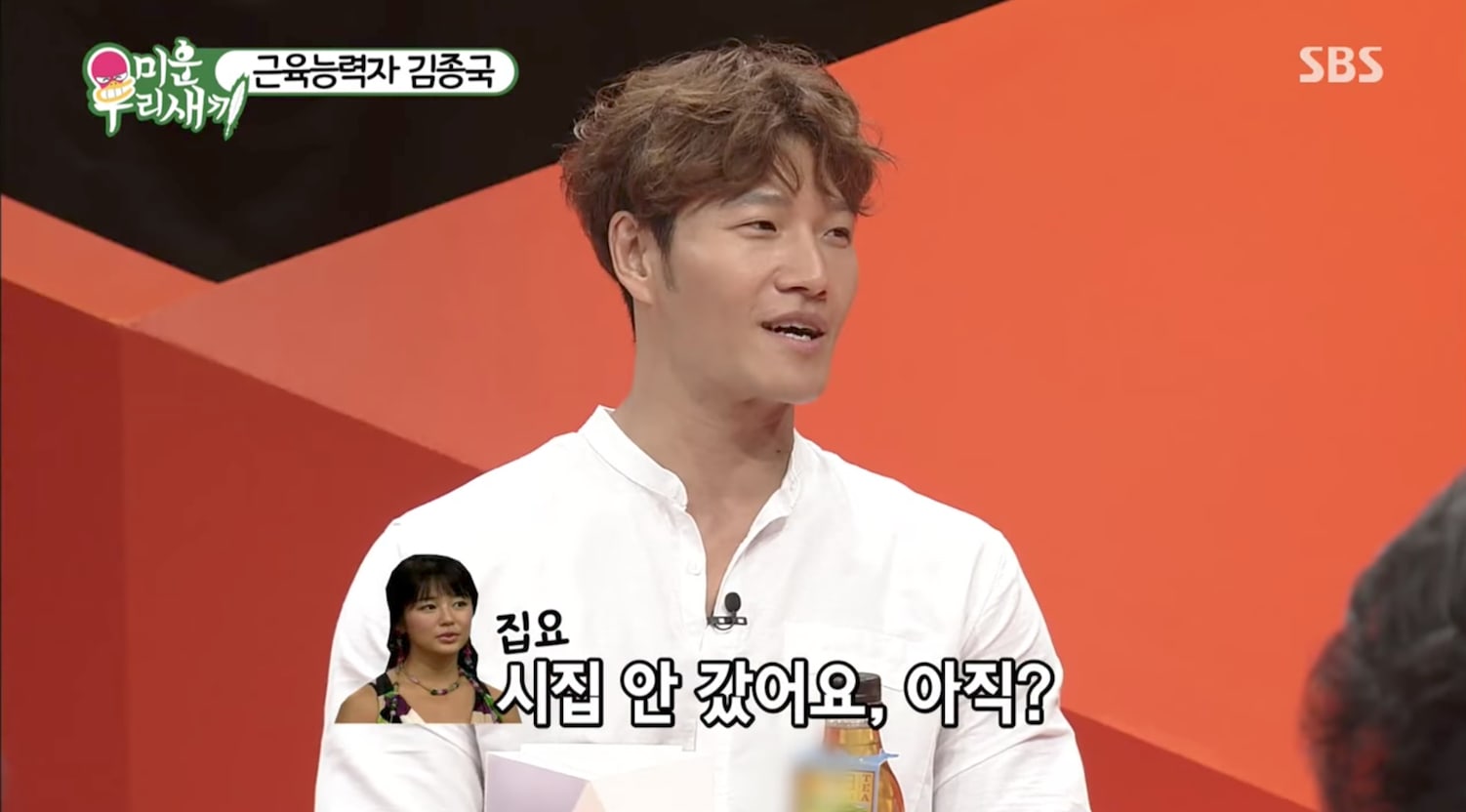 Singer and variety star Kim Jong Kook appeared as a special MC on SBS’s “My Ugly Duckling.” Sitting with the mothers of other male celebrities, Kim Jong Kook was as respectful as ever, even answering some pretty difficult and personal questions.

First, when MC Shin Dong Yup told the mothers that Kim Jong Kook’s brother is a plastic surgeon, one of them asked Kim Jong Kook if he got his nose done, which he denied, and let her touch his nose.

Then, they asked him if he was married. At 42 years old, Kim Jong Kook said he thought he’d be married by 35, but then life happened and now understands why other senior celebrities on the show (like Kim Gun Mo and Park Su Hong) also haven’t gotten married.

The hilarious part was when one of the moms interjected by saying, “I heard something about you liking someone with the name Yoon…” which is actress Yoon Eun Hye. (Any old “X-Man” fans here?)

Since both Kim Jong Kook and Yoon Eun Hye have yet to marry, one of the mothers suggested, “you two should get married.” Kim Jong Kook simply smiled good-naturedly and continued answering questions.