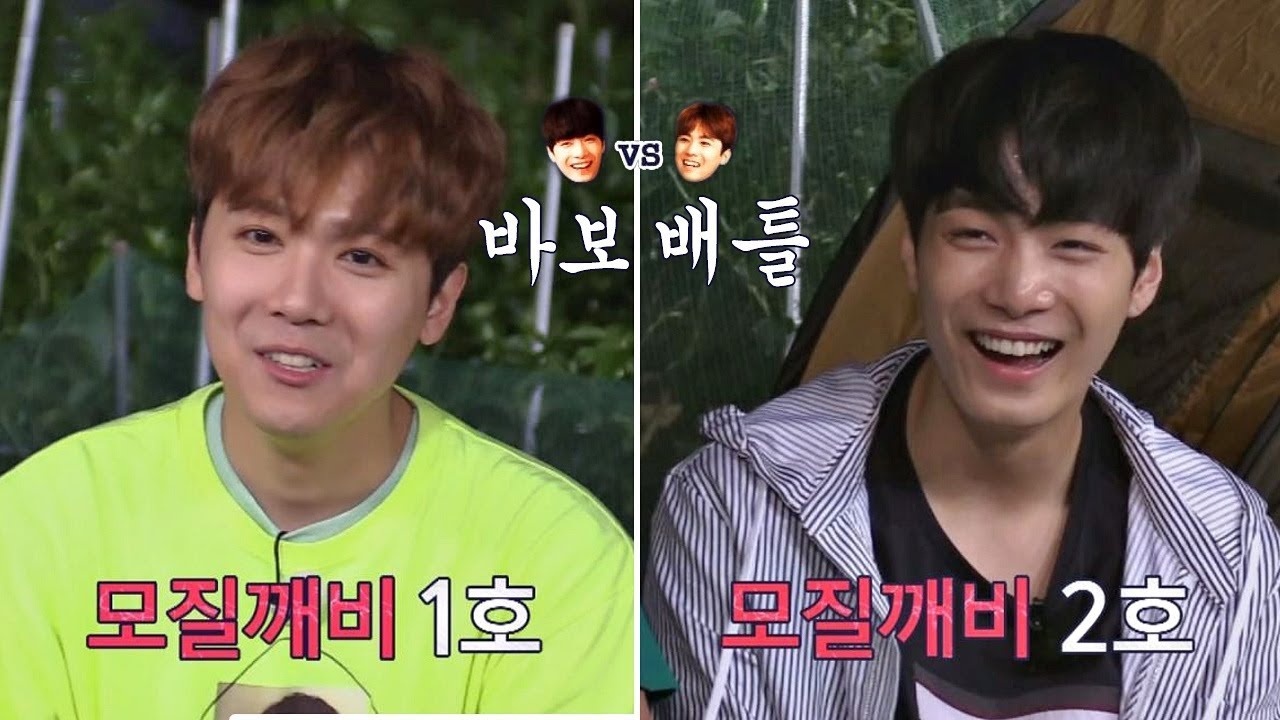 NU’EST’s JR and FTISLAND’s Lee Hong Ki brought the laughs in the latest episode of JTBC’s “Night Goblin” as a pair of “lacking goblins”!

During the episode of “Night Goblin” that aired on August 20, the cast began asking each other questions to keep themselves awake. Lee Soo Geun turned to JR and asked, “What’s this called in English?” referring to the portable fan he was holding in his hand. After a moment of hesitation, JR had everyone laughing when he replied, “An air conditioner?”

Park Sung Gwang then went on to ask the youngest two cast members if they know what Han River is in English, and Lee Hong Ki responded with, “One River [as ‘Han’ is a homonym for the number ‘1’ in Korean],” while JR tried to get away with, “Hwengang.” The two singers had everyone laughing as they solidified their image as the “lacking goblins” of the group.

JR’s journey as a “lacking goblin” continued when Girl’s Day’s Yura appeared as a temporary guest. The group decided to play a game, and every time a member got a question right, the others would have to eat a head of lettuce. Finding the questions too difficult, JR resigned himself to zoning out and munching on the mountain of lettuce he acquired during the game. He had eaten so much lettuce at one point that Lee Soo Geun pointed out that his teeth had been stained green. 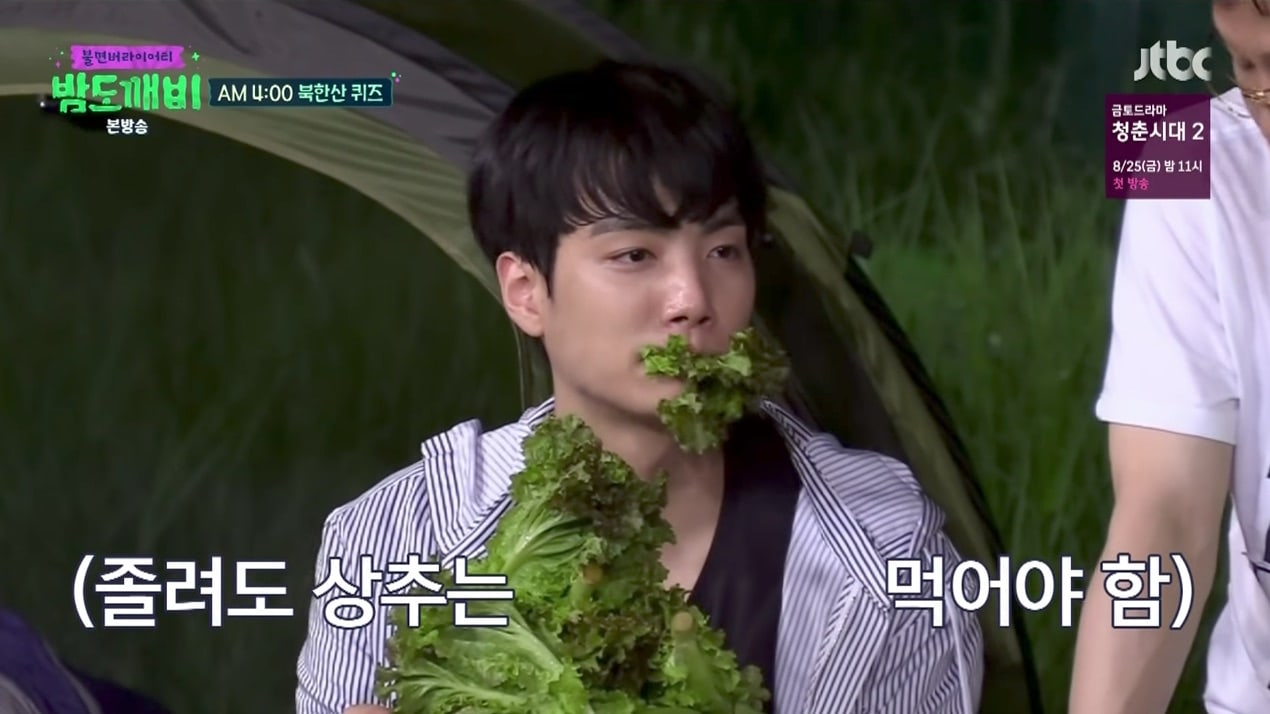 “Night Goblin” follows the cast as they stay up all night and try to be the first people to try popular foods, activities, and experiences. The show airs every Sunday at 6:30 p.m. KST.