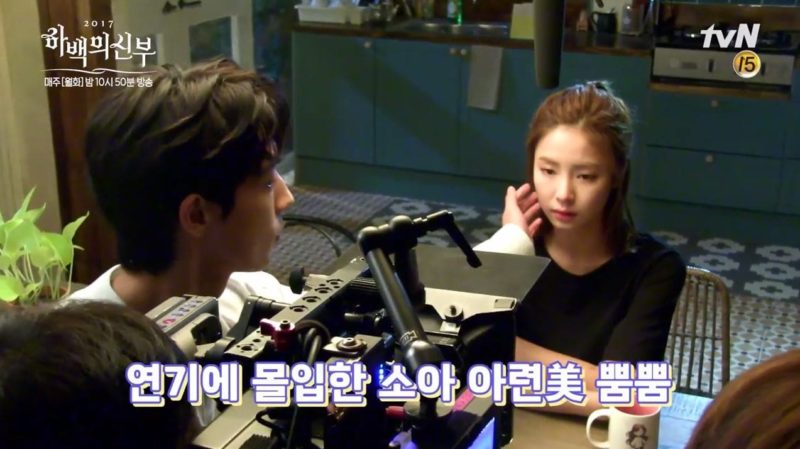 tvN’s “Bride of the Water God” has revealed a behind-the-scenes video of the cast filming some of the most important scenes from the drama recently.

The video moves on to Hoo Ye’s (Im Joo Hwan’s) emotional scene that truly brings out his acting skills. In the scene, Hoo Ye shakes in anger and breaks everything that’s in his way, but right after the director yells cut, Im Joo Hwan is back to his smiling self.

The next scene also features Hoo Ye, but this time, Bi Ryeom (Gong Myung) throws a punch at him while Moo Ra (Krystal) stands there in shock. The actors are all smiles as they wait during the short breaks between scenes.

Take a look at the full behind-the-scenes video!