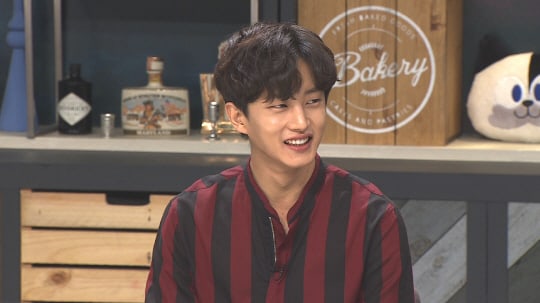 Kim Min Suk spoke about the gifts he’s been given by Song Joong Ki and Song Hye Kyo on “Please Take Care of My Refrigerator.”

During August 21’s episode, he surprised the hosts and chefs when he revealed that his refrigerator was gifted to him by Song Joong Ki.

The MCs asked, “Why did he gift you the refrigerator?” He explained that he’d moved out from his previous low-rent apartment into a new place after he received his pay for “Descendants of the Sun,” and his co-star Song Joong Ki gave him a refrigerator then.

“The washing machine in my house was gifted to me by Song Hye Kyo,” he continued. When one of the chefs suggested he should keep it for the rest of his life, Kim Min Suk replied, “I’ll pass it on through the generations.”

Host Ahn Jung Hwan joked, “I wonder why they would have given you these gifts. Did you perhaps witness them on a date?”

The hosts also teased Kim Min Suk about how his fridge has a few dents on it. “I live with actor Lee David,” explained Kim Min Suk. In a quick message to Song Joong Ki, he clarified, “It wasn’t me that did it.” 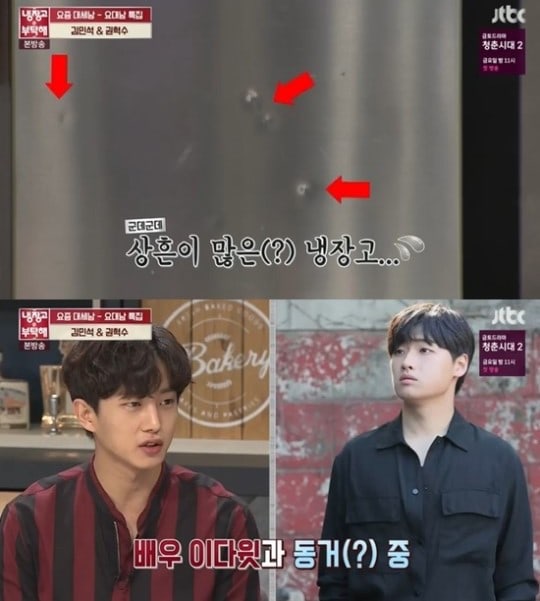 Kim Min Suk also talked about the time when he worked part-time as a chef. He said, “I started delivering sashimi, and then started to work in the kitchen. I even chose culinary arts as my college major and have a license for Korean, Western, and Japanese cuisines.”

Song Joong Ki, Song Hye Kyo, and Kim Min Suk all appeared in the hit KBS drama “Descendants of the Sun” in 2016. Song Joong Ki and Song Hye Kyo recently announced that they are engaged, and will be getting married in October.

Watch “Descendants of the Sun” below!