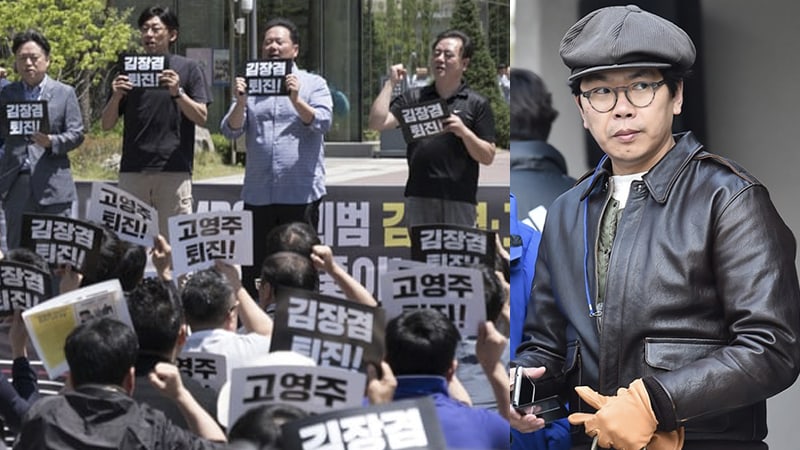 More of MBC’s show producers (PDs) have joined the general labor strike against the broadcasting station in order to rectify the company’s corruption.

According to MBC’s national media labor union headquarters, 56 variety show PDs held a general meeting on the afternoon of August 21, and all 56 of them, including Kim Tae Ho from “Infinite Challenge,” agreed to join the general strike.

The objective of the strike is the right to impartial broadcast and the resignation of MBC’s current president Kim Jang Gyum.

Despite going on strike, not all shows will be cancelled as the situation of each program will be considered individually before the PDs decide to refuse production.

Prior to variety show PDs taking action, close to 300 workers from various sectors of MBC have declared labor strikes against the company.

In late June, 47 MBC PDs signed a petition to remove the company president. The PDs expressed strong discontent regarding MBC’s strict censorship and biased regulations, which in turn lowered the credibility of MBC as a news source. The PDs claimed that one of the main causes was the heavy influence of president Kim Jang Gyum.

Kim Tae Ho
MBC
XPN
How does this article make you feel?