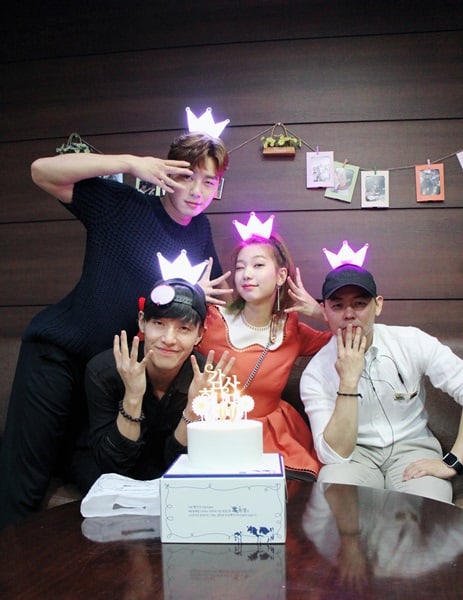 According to the Korea Box Office Information System from Korean Film Council, “Midnight Runners” sold over 4 million tickets as of August 21 at 7:15 p.m., within 13 days of its premiere.

In celebration of this impressive milestone, cast members Park Seo Joon, Kang Ha Neul, Lee Ho Jung, and director Kim Joo Hwan gathered to shoot a group photo. The four have on a glowing pink crown in front of a cake, and are holding up four fingers to signify 4 million viewers.

Despite gaining less initial attention among releases of blockbuster movies such as “The Battleship Island” and “War for the Planet of the Apes,” “Midnight Runners” has steadily gained traction and even maintained first place in the Korean box office over the weekend.

Congratulations to the “Midnight Runners” team!