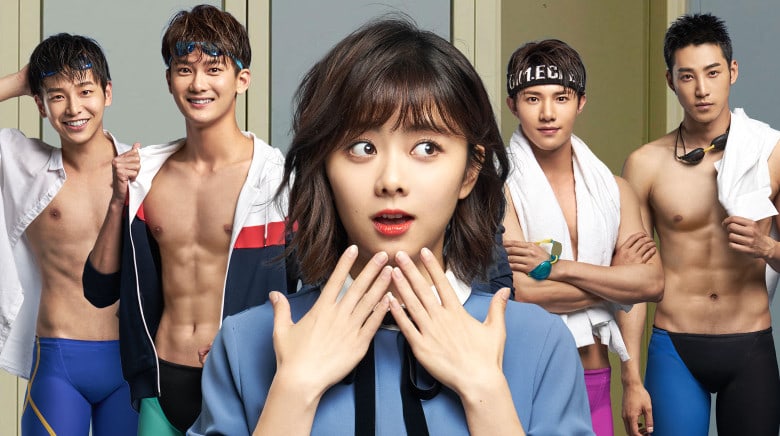 Not Just Another F4: 6 Reasons Why You Need To Watch “My Mr. Mermaid”

My Mr. Mermaid is a Chinese romantic comedy adaptation of the novel “Lang Hua Yi Duo Duo” by author Jiu Xiao Qi. Dylan Xiong stars as Tang Yi Bai, a former swimming champion who falls from grace after being wrongly accused of failing a drug test. His swimming career is put on hiatus and finally after four years, he makes a comeback at South Physical Education College. Tan Song Yun stars as newbie sports reporter Yun Duo, who is in charge of following up on local college swimming competitions. She meets Tang Yi Bai at his swimming competition and an unlikely friendship develops between the reporter and athlete.

Don’t be fooled by the poster – it’s not another F4/”Boys Over Flowers” type of story. In fact, you could say that it’s the exact opposite. “My Mr Mermaid” is a perfect, fun, and uplifting drama to end the summer with; it’s a well thought-out story of friendship, love, and the pursuit of dreams. It is simple, yet captivating. Unfortunately, there aren’t any actual mermaids in the drama, but there are tons of cute guys for you to fawn over, so that totally makes up for it! If you want your heart to melt into a puddle of rainbows and puppies, this drama is definitely for you. If that’s not enough to convince you, check out these top six reasons why you should check out “My Mr. Mermaid.” 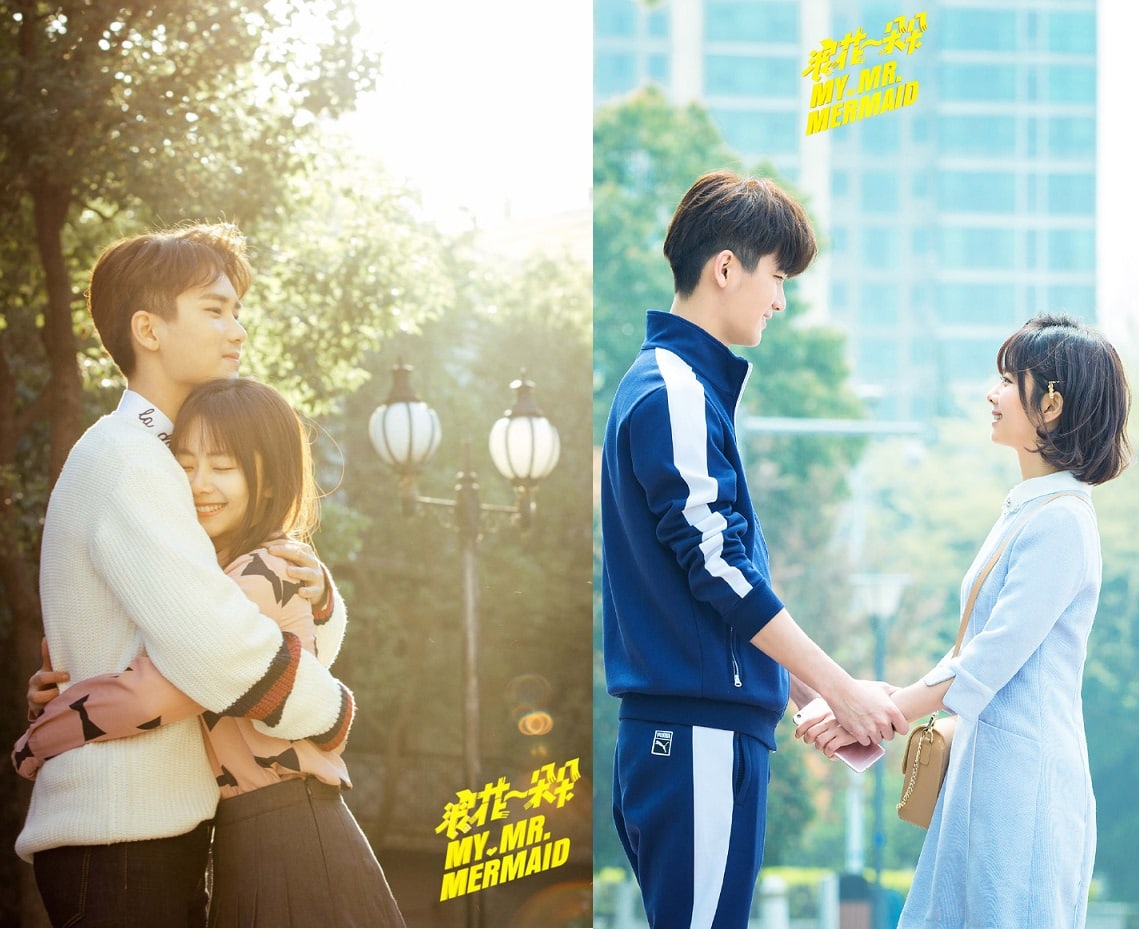 Tang Yi Bai (Dylan Xiong) and Yun Duo (Tan Song Yun) are the cutest OTP ever! They just radiate sunshine whenever they’re together. From their first meeting in episode one onwards, their chemistry is always radiating with undeniable charm and instant mutual attraction. You can’t help but always smile like a fool when they’re together. They have this sparkle in their eyes when they look at each other!

What I love most about our OTP is that despite their very different and sometimes conflicting career paths, they always support and push each other to achieve their dreams. In fact, they promise each other that if Yi Bai wins the Dream Cup, he would give his exclusive interview to Yun Duo once she becomes an official reporter. As the viewer, you really can’t help but root for the both of them as they journey along. What’s really touching is how they’re always there for each other when they need it the most, and they help each other find solutions to their problems.

Their relationship is a bit of a slow burn, but it’s definitely worth the wait when they officially become a couple. Prepare for sweetness overload! Sometimes you wonder how they keep insisting that they’re only “good friends” when it’s clearly obvious to everyone around them that they’re much more than that. Also, a lot of people mentioned the noticeable height difference between the OTP, something I was also living for throughout the drama. In all honesty, everything about them is just adorable.

To get a sneak preview of our OTP’s cuteness, check out their OST song “Love Your Good Weather” (爱上你的好天气) as well as a few of these clips from the drama.

Tang Yi Bai: The swimmer who will steal your heart 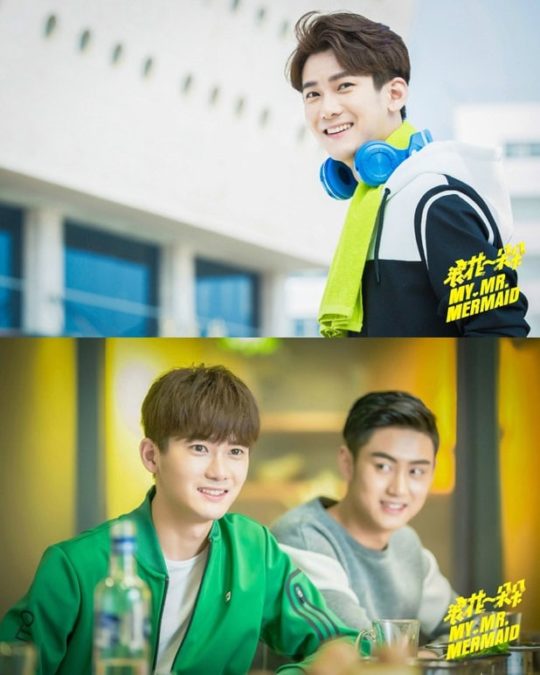 Despite not being able to compete for four years, Tang Yi Bai never once lets go of his dreams to become one of the fastest swimmers in the world. His determination, strength, and positive outlook are really admirable; he doesn’t let any obstacle or criticisms get in the way. It’s very hard not to root for him. Call me a complete sap, but I always get emotional during Yi Bai’s swimming competitions. I cry and cheer for him as his peers in the drama do.

Of course the best part about Tang Yi Bai’s character is his love for Yun Duo. I still cannot get over the way he looks at Yun Duo, he always looks at her as if nothing else in the world matters. You can’t help but melt a little inside whenever he speaks to Yun Duo in such a sweet and tender voice. It’s a hilarious contrast against the moments he talks to his fellow dudes on the swim team. Yi Bai also has some of the most incredibly moving dialogue in the drama. I lost count how many times I’ve teared up from Yi Bai’s romantic lines. They’re just so swoon-worthy.

As for the actor Dylan Xiong, he is a fairly new face to the industry but now after watching this drama, I am a total fan and highly smitten by his portrayal of Tang Yi Bai. Dylan has so much potential as an actor since he communicates his emotions so well through his eyes. Seriously, can somebody find me a guy like Yi Bai who can look at me the same way he looks at Yun Duo?

Dylan also sings the opening theme song called “Cry Out Loudly” (就这样大声呐喊吧), which is not surprising since he’s from the idol group SpeXial. 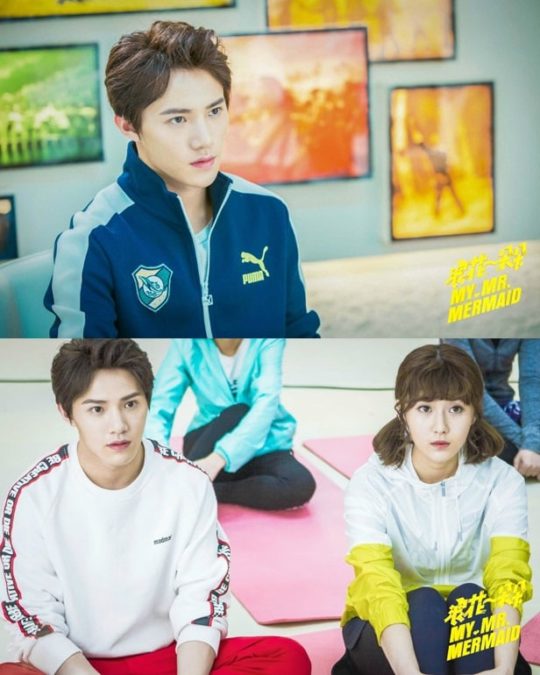 Qi Rui Feng (Huang Sheng Chi) is definitely the MVP of the drama. He’s the captain of the South Physical Education swim team and long time best friend of Tang Yi Bai, thus also one of his biggest supporters. Besides our OTP, Qi Rui Feng is one of my top favorite characters in “My Mr. Mermaid.” Although he can be quite conceited, he’s probably the most loyal best friend you could ever have. Qi Rui Feng is also a hilarious, witty, and surprisingly self-aware guy despite his aura of arrogance. He’s sensitive towards those around him and he’s usually the first to notice if someone is in a bad mood. Although he likes to fool around, in reality he just wants everyone to be happy and stress-free.

What makes Qi Rui Feng even more awesome is he’s a shipper of our OTP! He even goes out of his way to get them together. His wacky antics will leave you cracking up to no end. I also love his bickering and budding romance with Yang Yang (Wang Zi Xuan). She’s honestly the only person who can control his craziness. 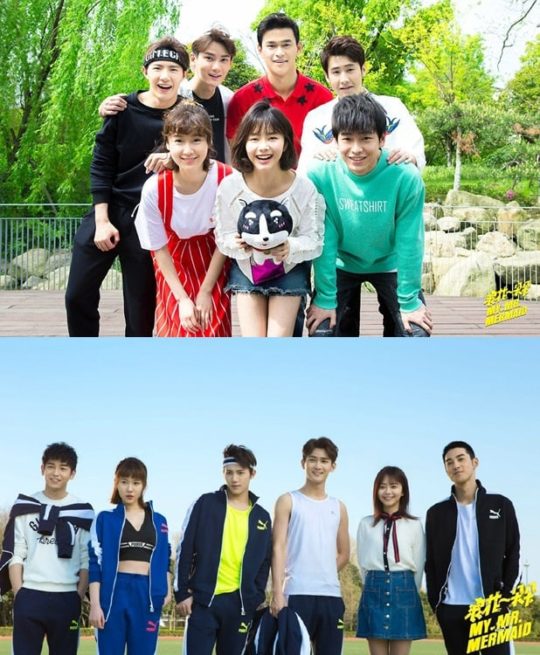 If there’s one thing that Chinese dramas are really great at, it’s definitely their portrayal of camaraderie and friendship. “My Mr. Mermaid” does a great job portraying the struggles of young athletes; their training, rivalries, and victories. Their determination and hard work makes their country proud, and while they hangout, fight, play pranks, and tease each other; at the end of the day, their teamwork, loyalty and unwavering support is mainly what sticks through. I love how the team is so supportive of Yi Bai, especially Coach Wu. Even after the drug scandal, he sticks by Yi Bai during his four-year hiatus because he truly believes that he could progress very far with his swimming talent. The cameo appearance by Olympic swimmer Sun Yang is also a nice touch, bringing touching words of encouragement to the team. 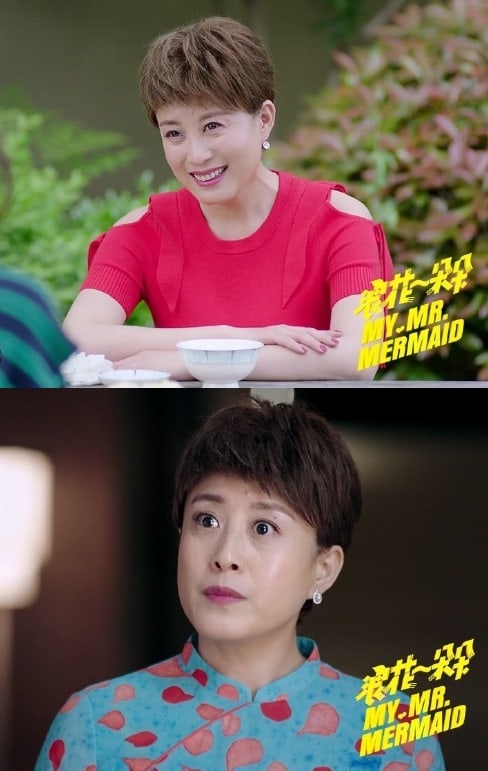 Tang Yi Bai’s mom (Guo Hong) is not your stereotypical evil manipulating mother/mother-in-law that is often found in dramaland. She is the complete opposite as the number one shipper of our OTP (Qi Rui Feng coming in a very close second). Not only does she adore Yun Duo, she goes all out trying to get Yun Duo to become her future daughter-in-law. Not trying to give out any spoilers, but I’m always rolling around in laughter due to her tactics and collaborative schemes with Qi Rui Feng to get Yi Bai and Yun Duo together. Auntie Tang is truly one of the best drama moms out there and she is definitely one of the main highlights of the drama! 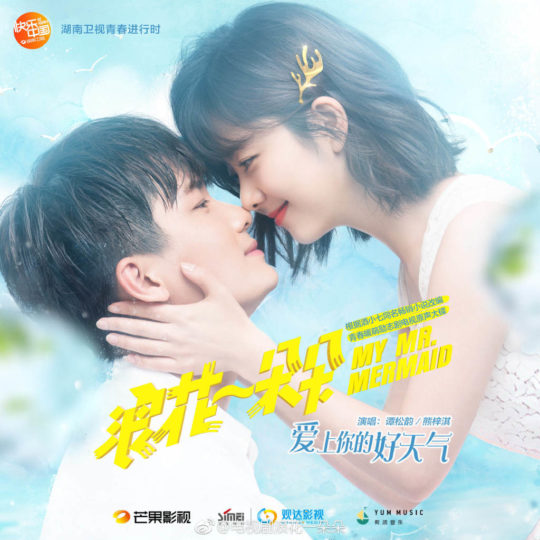 Fans of “My Mr. Mermaid” will all tell you that the drama boasts an amazing OST. The soundtrack is full of meaningful and uplifting songs about love and chasing your dreams. My two personal favorites are “Dare to Love Impulsively (敢爱的冲动)” by Xu Yun Xiao and “Crossing the Pacific Ocean (穿越太平洋)” by Xu Ge Yang. I especially love “Crossing the Pacific Ocean,” because it gives me so much life whenever I listen to it. It gets you pumped; like you can do anything. You can’t help but feel motivated when you hear these lyrics: “Never be afraid. You will get used to fighting against fear. You were born to fight, don’t say that you’re dull. You know the reason for persisting…“

Watch the trailer for “My Mr. Mermaid” below, and make sure to turn on the English subtitles!

Soompiers, are you watching “My Mr. Mermaid”? Tell us what you think of the drama in the comments below!