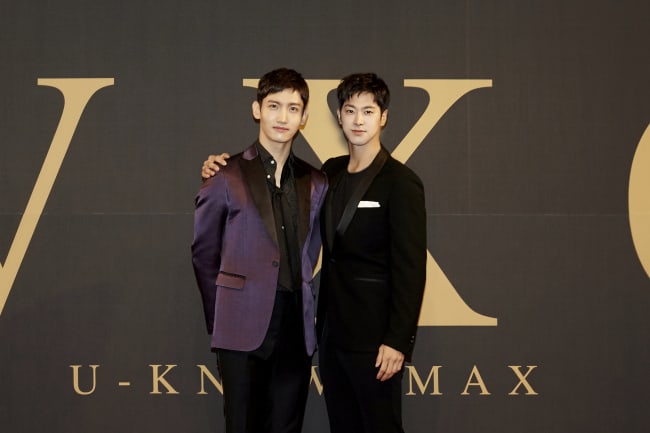 TVXQ have set yet another record just a few days after they were discharged from the military.

TVXQ moved on to the Tokyo stop of their “TVXQ! ASIA PRESS TOUR” following the press conference in Seoul on August 21. Over 60 media outlets and 100 reporters were present at the event in Tokyo, proving TVXQ’s undying popularity.

During the press conference, it was revealed that TVXQ will be embarking on their third 5-dome tour, rounding out all five major domes of Japan: Sapporo Dome, Kyocera Dome, Tokyo Dome, Fukuoka Dome, and Nagoya Dome. This will be their third dome tour, their previous ones being in 2013 and 3015. This makes TVXQ the first foreign artists ever to complete three different five-dome tours.

TVXQ also revealed during the event that they will be will be releasing a Japanese album called “FINE COLLECTION ~Begin Again~” on October 18. It will be in a “best of” format. It is their first release since their studio album “WITH” two years and 10 months ago. It will be comprised of 40 of their hit songs. Of these, three songs, “Rising Sun,” “Why Did I Fall in Love With You,” and “Bolero,” will be included in the album as remake versions.

Meanwhile, TVXQ will be holding their last press conference of this tour on August 22 in Hong Kong.