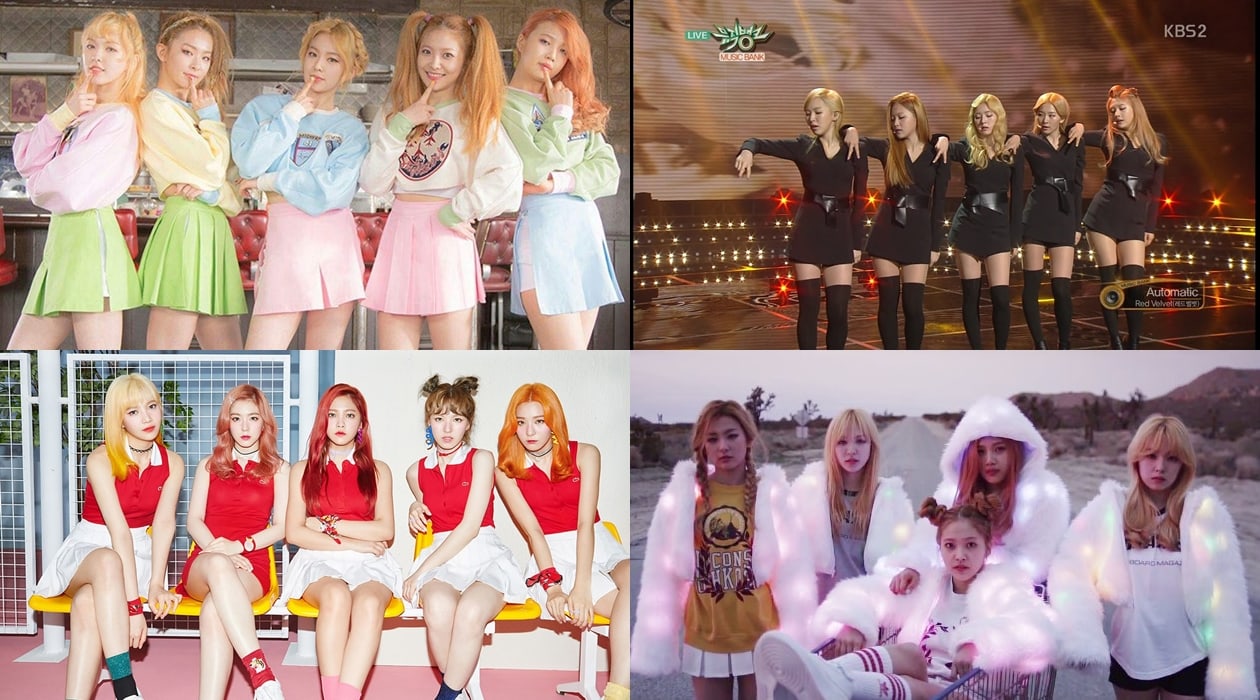 MV Concepts That Red Velvet Has Made Uniquely Their Own

When it comes to concepts both musically and aesthetically, it’s hard to find a group that’s as diverse as Red Velvet. While many K-pop girl groups tend to draw a distinct line between being purely sexy or cute, Red Velvet has a dual concept: “red” and “velvet,” and depending on one’s interpretation, “Red Velvet” is a combination of both. Their “red” side tends to show a brighter, more pop-inspired concept, while “velvet” is their mysterious R&B persona.

But you just never know what you’re going to get with Red Velvet because they’re neither sexy nor innocent, as their interview with Dazed reveals — and even when their music and MVs seem colorful and eclectic, their mysterious smiles or piercing eyes reveal something dark and intriguing. Here are some of their unique concepts:

No other image could have represented their debut song “Happiness” more perfectly than the concept of cheerleaders. From the name itself, the song aims to bring joy and cheer to its listeners, bringing them inside the tropical world of Red Velvet, where beautiful flowers bloom and there is no sadness. The video might be considered their own version of “Alice in Wonderland,” as the girls invited us to forget our problems and just be happy!

For their second release, Red Velvet brought their own take to S.E.S.’s song, “Be Natural.” After treating listeners with a fun, psychedelic, and trippy debut concept, the girls took a 360-degree turn and went all black with power suits and a more sleek look. The song was smoother and more mature, showing their “velvet” side. It was like they debuted again as different girls, and it showed the public how serious they could be. 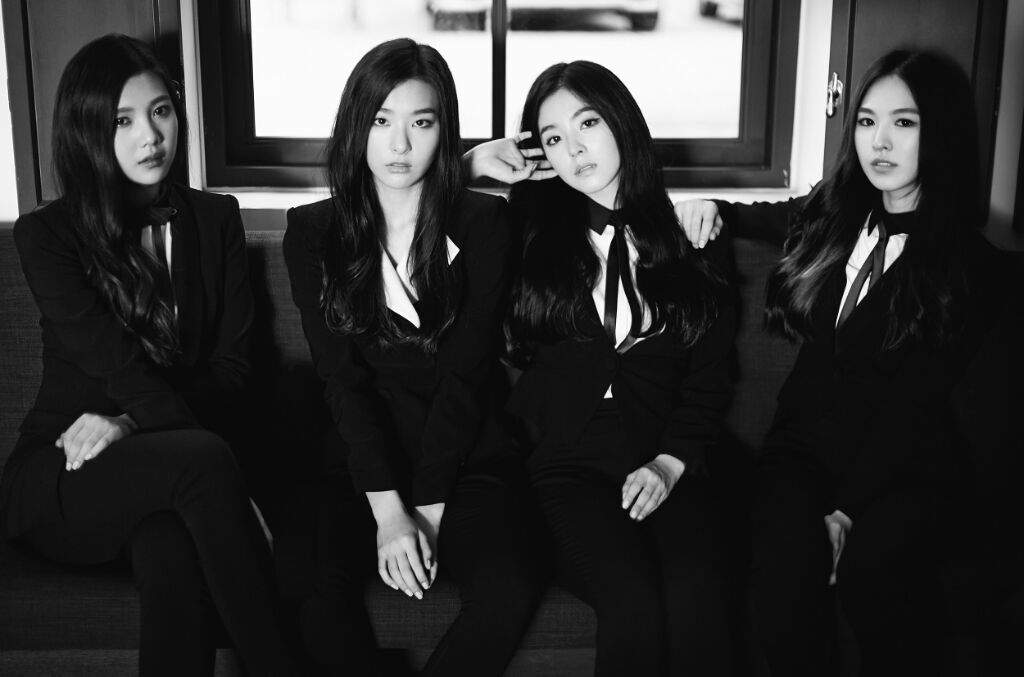 For “Automatic,” the girls showed more range to their singing and dancing. It was a fierce concept as well as an impressive one, because it showed that they could do both skills really well despite being rookies. This song clearly showed their “velvet” concept loud and clear — they were mysterious and subtly sexy without even trying too hard.

After a couple of dark concepts, the girls came back with another track that made the world brighter: “Ice Cream.” It had all the elements of the cold dessert: pastel colors, cool vibe, and cute smiles. But their “brand” of ice cream was not your typical saccharine cookie-cutter goodness. They gave it a twist by incorporating a haunting “la la la la” sound in the beginning, which made the song even more interesting.

Style wise this was their most diverse concept yet: they wore street pieces like caps and plaid tops, matching pastel sweaters, university cheerleader outfits, and statement shirts. Plus, who could forget their fur jackets that were literally lit! From the MV to their live performances, they wore practically everything you could find inside a millennial’s closet. 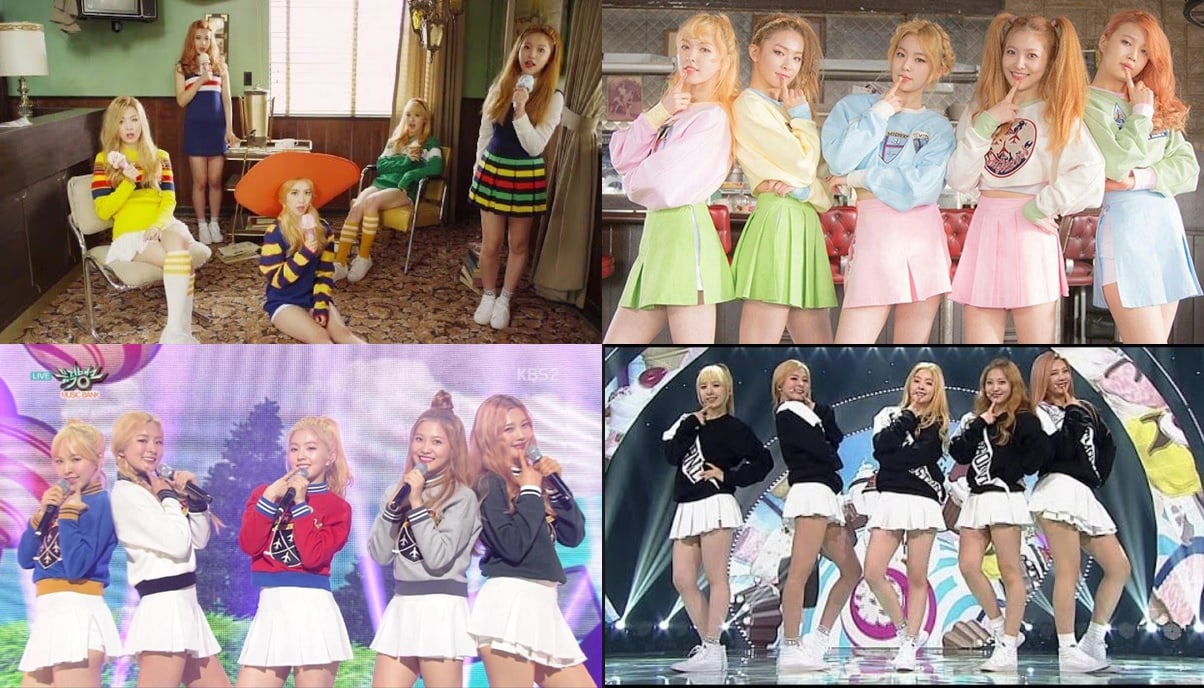 Fresh from the success of “Ice Cream,” the girls came back with another “red” concept. This time, they were dressed as Marionette dolls in “Dumb Dumb.” This era was possibly their most solid concept yet; the styling was on point, the song and dance sequences were fresh, and the overall production value was astounding. While the song was exciting and very “pop,” they still retained parts of their “velvet” selves with their streetwear, swag moves, and cool attitude. 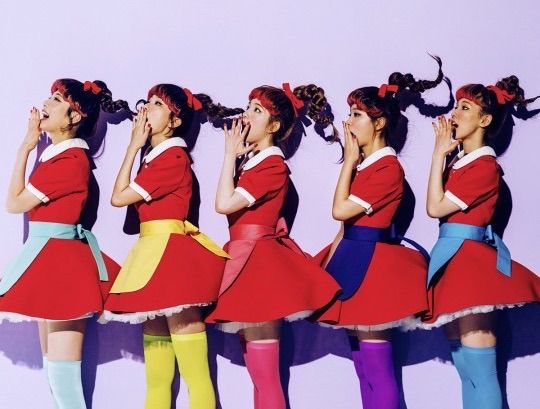 In “One of these nights,” the “velvet” came in full form as their next release was toned down into a more melancholic and meaningful song. One fan theory suggested that the song was written about the Sewol tragedy, since the video showed the girls in a boat while being surrounded by darkness. With haunting imagery, it’s one of those ballads where the girls were able to show their real talent: simple, no frills, no fancy dance moves, or costumes. If “Happiness” welcomed us into a secret world of a colorful tropics, “One of these nights” took us to a place of deep, dark secrets and constellations. It was almost as if Red Velvet was looking into their reflections and dived deep into their minds and hearts. It’s absolutely beautiful.

With “Russian Roulette,” we saw a dynamic combination of their two personas. On the surface, the song is bright and peppy, but the video showed their emotionless, stoic faces as they tried to harm each other. They were threading on dark humor, a fresh concept that they hadn’t tried before. While they were still using elements of school girls, this time they were wearing gym/ P.E. clothes.

In “Rookie,” the girls revisited their “Alice in Wonderland” concept where they took us to a colorful world, which almost looked like “Charlie and the Chocolate Factory.” While many netizens commented that this concept didn’t really stand out in comparison to their other songs, it was still coherent with their image overall.

Their latest concept can be summed up in three F’s: fun, fresh, and fruity. Perfect for the summer, Red Velvet served something light, fun, and nothing too serious. It’s a catchy song that may remind you of picnics and beach trips in the summer with friends.

Looking at all of their concepts so far, it seems like there’s a pervading theme that goes beyond the group’s diverse images: through Red Velvet’s music and MVs, you can escape into a world where fantasy and imagination rule. It will be exciting to see what kind of concepts Irene, Joy, Wendy, Yeri, and Seulgi will serve next!

Hey Soompiers, which one of the Red Velvet’s concepts is your fave? Let us know in the comments below!

Red Velvet
Seulgi
Yeri
Irene
Joy
How does this article make you feel?