On August 22, Singles magazine revealed a pictorial with the former “Produce 101 Season 2” contestant, who received a lot of love as Cube Entertainment’s “baby chick trainee.”

In the photos, very unlike his baby chick status, Yoo Seon Ho gazes smolderingly at the camera in a simple knit sweater as well as in an all-denim look. 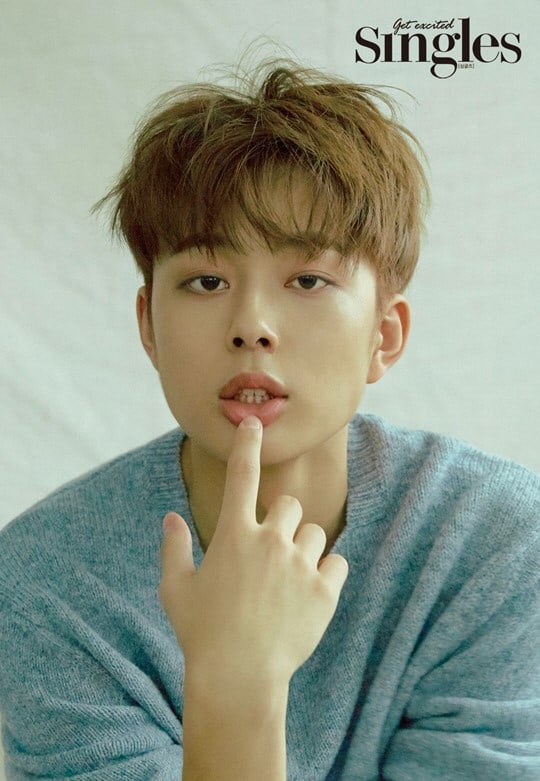 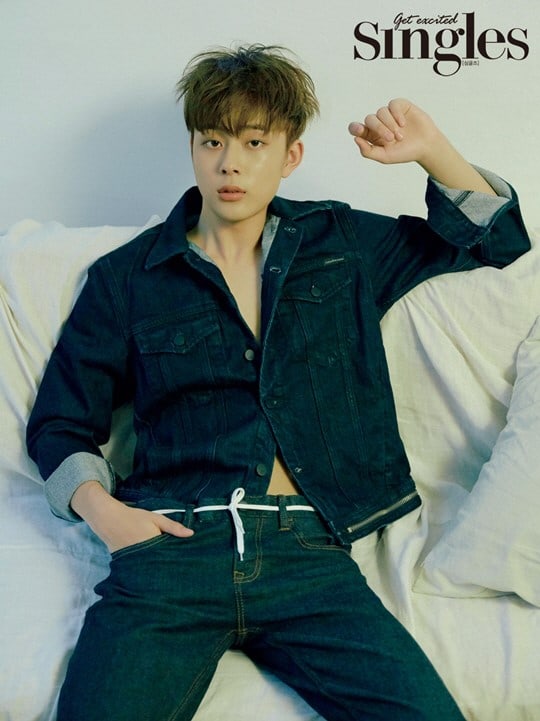 Recently, Yoo Seon Ho was cast in web drama “Mischievous Detectives” (literal translation) as Pyo Han Eum, a scientific investigator who uses cutting-edge technology. When asked if he had ambitions for acting, he responded, “Before I participated in ‘Produce 101,’ my company suggested I try acting. Back then, I wanted to sing and dance so I didn’t want to act, but now that I think about it that was a wrong way of thinking. I want to be good at singing, dancing, and acting. I think that each area can help me. For instance if I learn acting, I can express my emotions on stage better.”

Yoo Seon Ho will also be co-starring in “Mischievous Detectives” with fellow former “Produce 101 Season 2” contestant Ahn Hyeong Seop. When asked about their chemistry, he explained that their chemistry was excellent, from the script all the way to ad-libs, and that even their director praised them for their chemistry.

Because he was born in 2002 and only 16 years old (Korean age), he was asked if he was afraid of living a different life compared to those that are of the same age. He expressed, “If I don’t have anything scheduled, I just go home on the weekends. I meet up with my friends often so I’m not afraid that I won’t fit in. Rather, I’m thankful that I was able to decide on my goals and dreams faster than those around me. I get to have a variety of experiences too.”

Are you excited to see Yoo Seon Ho in “Mischievous Detectives?”