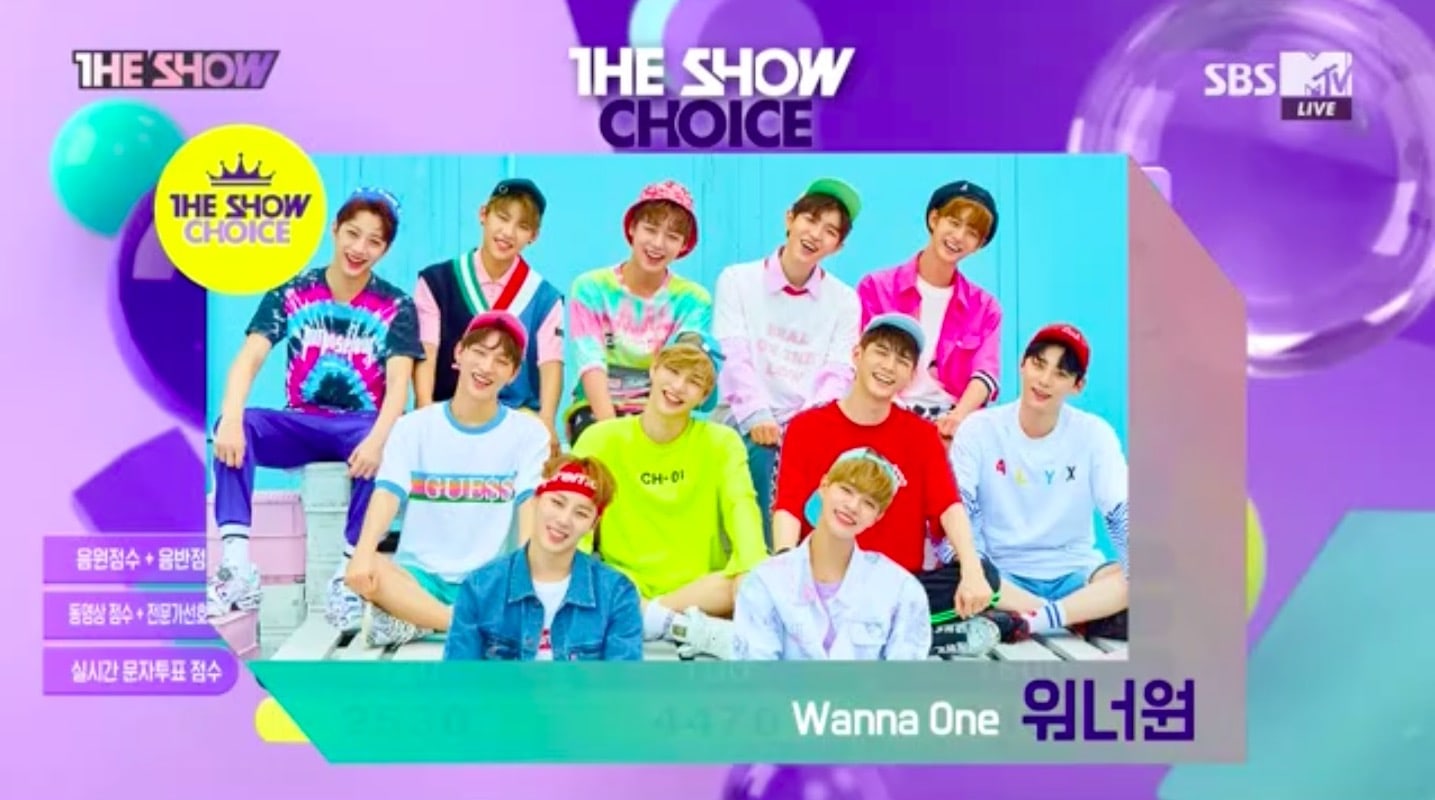 Watch: Wanna One Takes 6th Win For “Energetic” On “The Show,” Performances By GFRIEND, Samuel, And More

Wanna One has grabbed their sixth music show trophy, only a little more than two weeks since their debut!

On August 22’s episode of “The Show,” Wanna One was up against Samuel and GFRIEND for the win. Wanna One took first place with a total score of 9,400. GFRIEND came in second with a score of 4,470, while Samuel Kim came in third with a score of 2,530.

The “Produce 101 Season 2” finalist group made their debut on August 7 with the song “Energetic,” and has now won trophies on “Show Champion,” “M!Countdown,” “Music Bank,” “Music Core,” “Inkigayo,” and “The Show.”

Wanna One was not able to attend the ending of the show to receive their award, but they were sure to thank fans via Twitter!

Watch their pre-recorded performance of “Energetic” below.

MOMOLAND – “Which Planet Are You From?” and “Freeze”