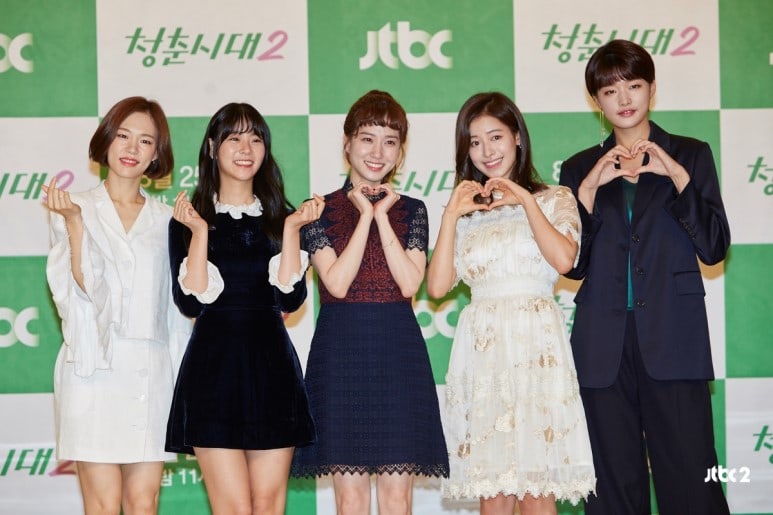 “Age Of Youth 2” Cast Express Excitement About Working Together Again

The “Age of Youth 2” cast shared how delighted they are to return with a new season!

Drama producer Lee Tae Gon revealed, “We were worried since ‘Age of Youth 1’ received so much love, and had doubts as to whether or not ‘Age Of Youth 2’ will also live up to the popularity. But script writer Park Yeon Sun did such a great job that such concerns were unnecessary.”

The cast also shared their individual thoughts on returning to the new season of “Age of Youth 2.” Han Ye Ri commented, “I’m happy to be back to Belle Epoque [name of shared residence in drama] after a year. And I’m even happier to be back as the same, much-loved character Yoon Jin Myung. I’m excited to portray a story that engenders laughter and sadness with the housemates.”

Han Seung Yeon remarked, “I never imagined we would be able to work together again. I’m having a blissful day-to-day life since we got together. This time, I’m back as Jung Ye Eun who survived a traumatic experience, instead of the prim girly girl she was before. I think I’ll be able show different sides to myself this time.”

Third housemate Park Eun Bin also expressed her gratitude, noting, “I thank writer Park Yeon Sun for giving us a thought-provoking script. I’m having a great time being back with the housemates again.”

Newly joined housemates Ji Woo and Choi Ah Ra also revealed that they were delighted to be a part of the cast. Choi Ah Ra shared, “I was anticipating ‘Age of Youth 2’ as a viewer of the drama from last year, but I’m stoked to be involved in it.”