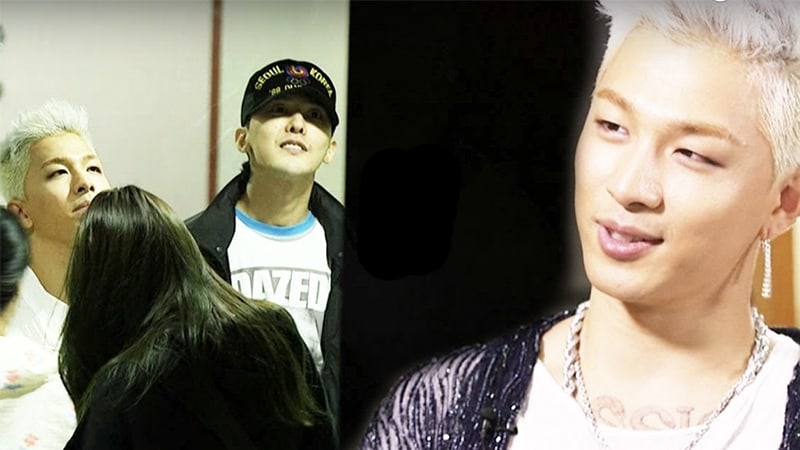 Watch: BIGBANG’s Taeyang Reveals A Time He Was Moved By G-Dragon’s Actions

BIGBANG’s Taeyang talked about a recent incident in which G-Dragon pleasantly surprised him.

During an interview with SBS’s “Night of Real Entertainment,” Taeyang revealed that G-Dragon paid a surprise visit to Taeyang’s comeback rehearsal stage.

Taeyang shared, “I didn’t know that he was coming, but he visited as a surprise. I was really touched.” What was more moving about the visit was that the rehearsal date was in fact G-Dragon’s birthday.

In the video, G-Dragon is enjoying Taeyang’s rehearsal performance with the audience. He nodded along to Taeyang’s song and even recorded videos of Taeyang on his phone as a proud friend would do. Afterwards, G-Dragon clapped enthusiastically to cheer on Taeyang, showing their close friendship as group members.

BIGBANG
G-Dragon
Taeyang
How does this article make you feel?