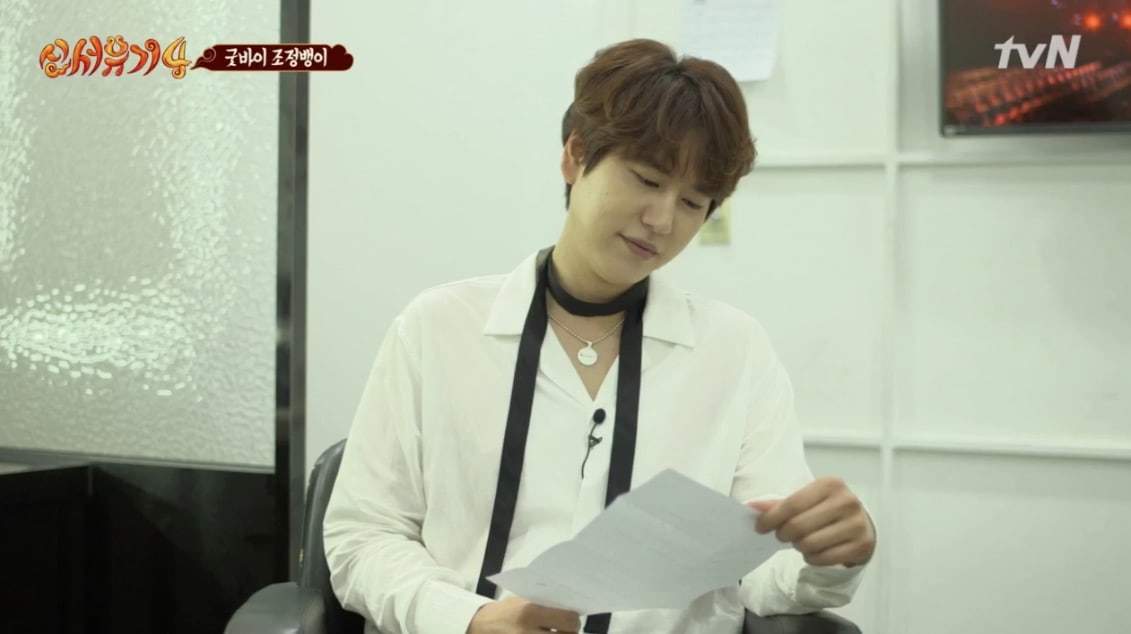 On August 22, the last episode of tvN’s “New Journey to the West 4” aired. As the director’s cut, it included a lot of hilarious unaired footage.

The episode showed never-before-seen missions and brought a lot of laughter, but also showed viewers a sweet moment. Towards the end of the episode, the staff members of the show held a last interview with Kyuhyun, just three days before his enlistment.

They first showed him the staff’s favorite “Kyuhyun moment” throughout the show, which was when he wore a party hat cone during one of the missions, making him look like a clown. Both the staff and Kyuhyun laughed and reminisced over the mission. 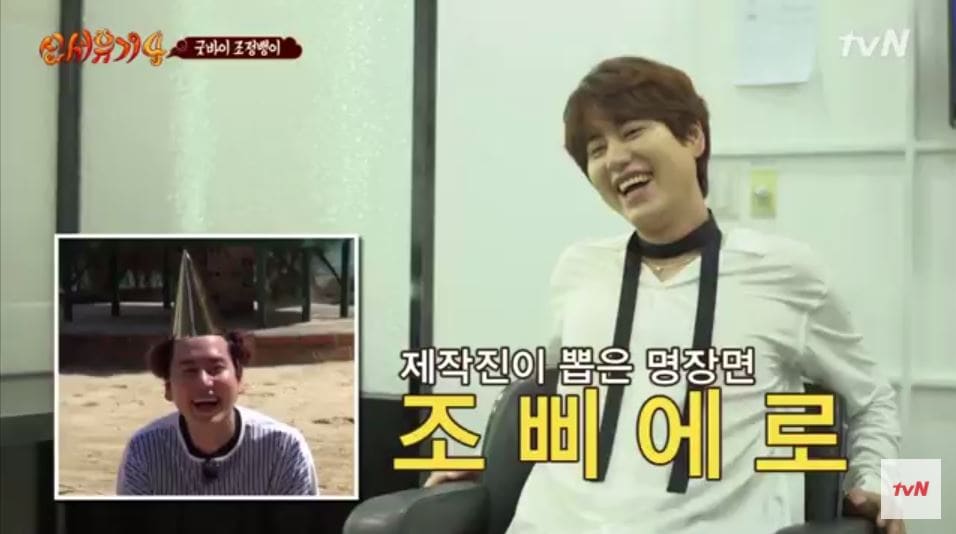 The staff then presented him with a letter from the show’s producer, Na Young Suk. Kyuhyun looks disappointed as he says, “He should have come himself and given it to me.” 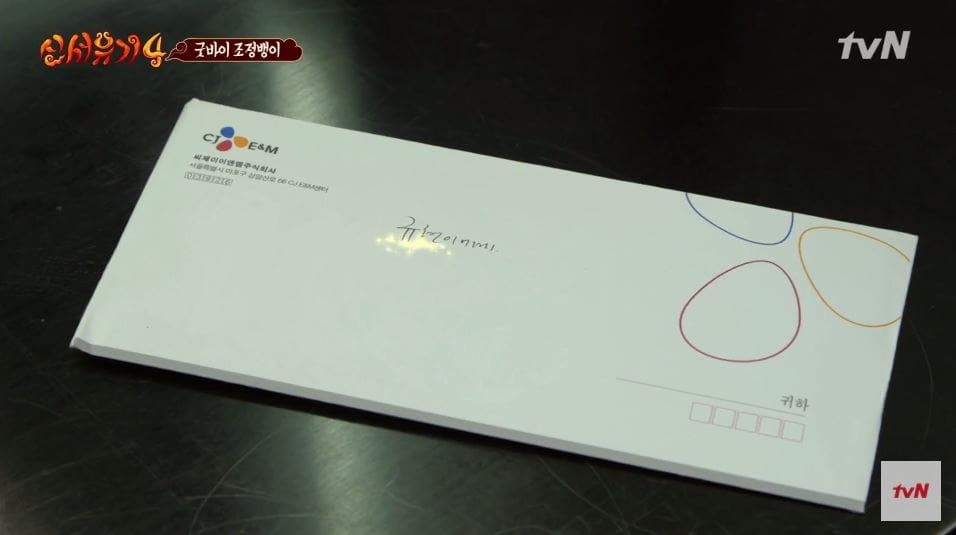 The letter is titled “Contract” and in it, Na PD promised, “Until two years pass, in 2019, the staff will maintain the amazing parts, editing skills, and trendsetting abilities. And when you return to society after two years with a high possibility of losing your variety sense, we will continue to better the program ‘New Journey to the West’ in order to help you return with a bang.” 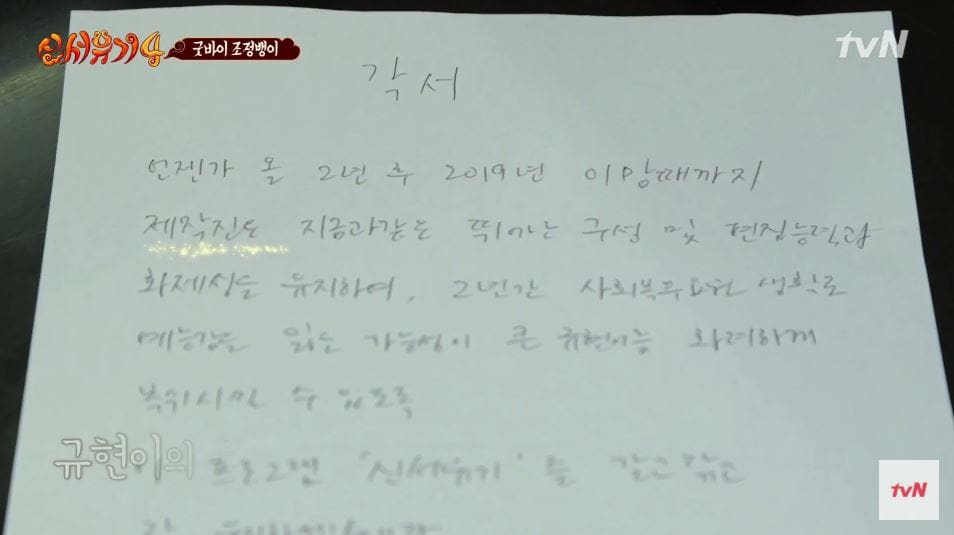 Towards the end of the contract/letter, Na PD included a hilarious footnote: “If, under two years, the program goes under, we’ll pretend this never happened.” The producer also signed, dated, and stamped the “contract” with his thumbprint. Nevertheless, Kyuhyun appeared pleased and touched by the promise that he would have a spot on the show after his return. 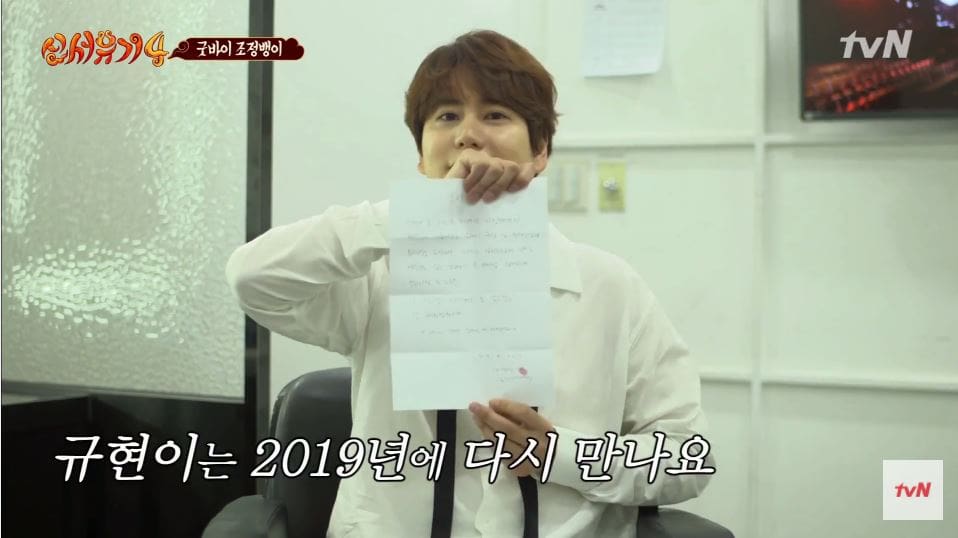 Kyuhyun
Na Young Suk
New Journey to the West 4
How does this article make you feel?