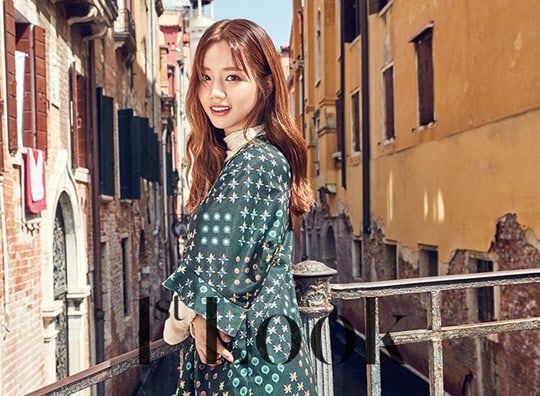 Magazine 1st Look recently revealed shots of their pictorial with Hyeri, their cover model for the upcoming issue.

After wrapping up filming for her upcoming movie “Monster,” the Girl’s Day member headed to Venice for a photo shoot with the magazine. In the photos, Hyeri is seen enjoying a gondola ride through the city, a cup of coffee at a Florian cafe, exploring San Marco’s Plaza, and standing atop a bridge connecting the canals. 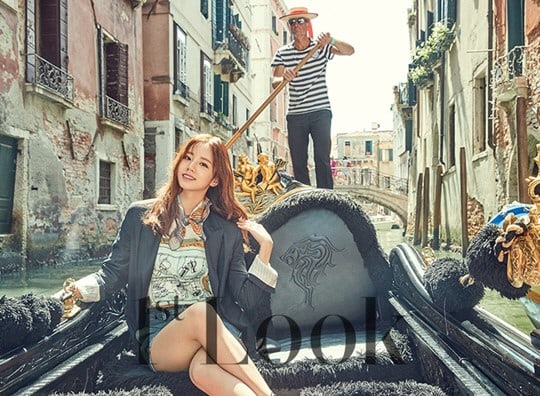 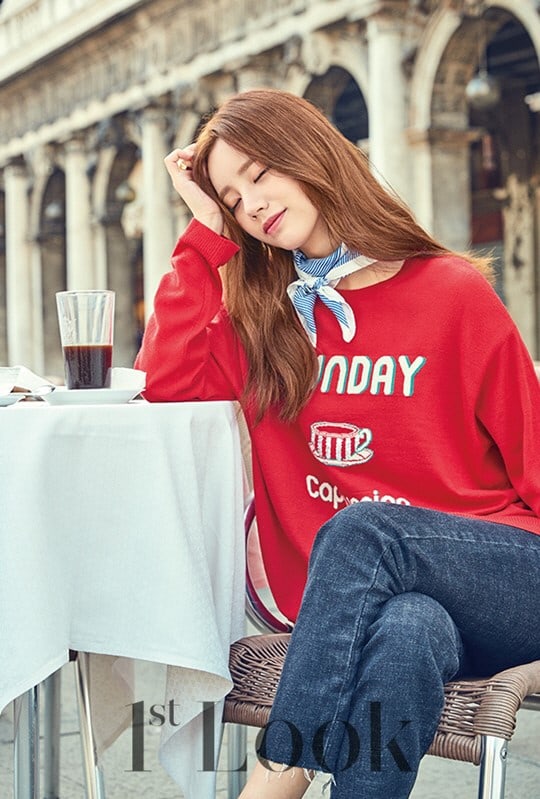 In the interview, Hyeri talked about her new movie and explained, “I’m even more excited because I got to experience the new area of film. It’s the reason why I could enjoy it while doing it. Even from when I first got the script, I was thankful that I could take on historical films as a challenge. Because I debuted through an idol group and left a strong impression through the character of Duk Sun on ‘Reply 1988,’ it could have not connected well through a historical film. That’s why I’m even more thankful to those who gave me this opportunity. I had more than enough reasons to take on this challenge.” 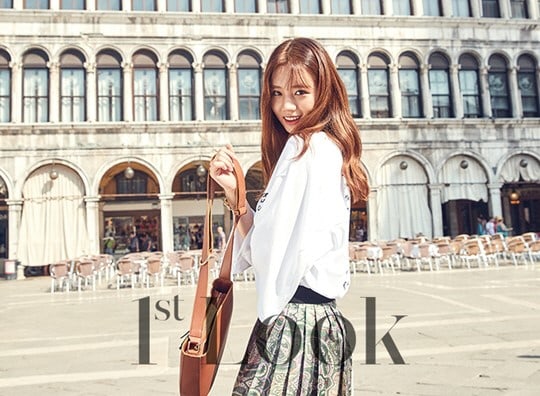 When asked about any pressure she may have felt due to the overwhelming success of her hit drama “Reply 1988,” she replied truthfully, “I’ve never wondered whether it would do better or if it would receive more love [than the drama]. Rather, because of ‘Reply 1988,’ I felt more secure and free. I already have one well-known or hit production under my belt, which is something others could only have once in their life. People can obviously believe that an actor’s hit drama can lock their character in place. However, breaking that sort of wall and showing a new side of them and being scared of being better are different problems. Even without ‘Reply 1988,’ I’m someone who has to find and act different roles every time.”

Although the weather on set was extremely hot and over 32 degrees Celsius (approximately 89.6 degrees Fahrenheit) and she was wearing jackets and fall clothing, Hyeri continuously wore a bright smile and took care of the staff members, which caused them to praise her after the shoot. Hyeri’s Venetian photo shoot will be revealed on August 24 on 1st Look.

1st Look
Girl's Day
Hyeri
How does this article make you feel?