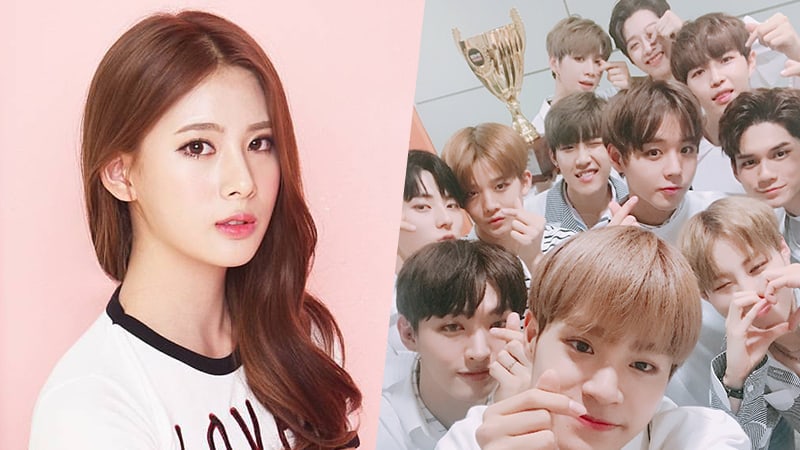 S2’s Yoojung Fangirls Over Wanna One And Picks Favorite Member

During the event, member Yoojung revealed, “I’m a fan of Wanna One. I really want to meet them someday. I love their music.”

A fellow member chimed in, “We’re going to meet Wanna One on ‘Show Champion’ today,” to which Yoojung shyly responded, “I think we’ll only pass by each other.”

When asked what she’d do if she were to meet them, Yoojung replied, “I don’t think I’d be able to say much. I’d probably get really shy and just tell them I’m a fan.”

She was then asked to pick which member she’s especially a fan of, to which she answered, “I’m a fan of all 11 members of Wanna One because they’re all really charming.” At the MC’s prodding, however, she bashfully admitted, “I’m a fan of Lai Guan Lin.”

Meanwhile, S2 will be releasing their debut album “Honeya” on August 24. The letter ‘S’ in their group name stands for “serendipity,” and the ‘S’ combined with the ‘2’ is supposed to look like the shape of a heart.

Wanna One
Yoojung
Lai Kuanlin
S2
How does this article make you feel?