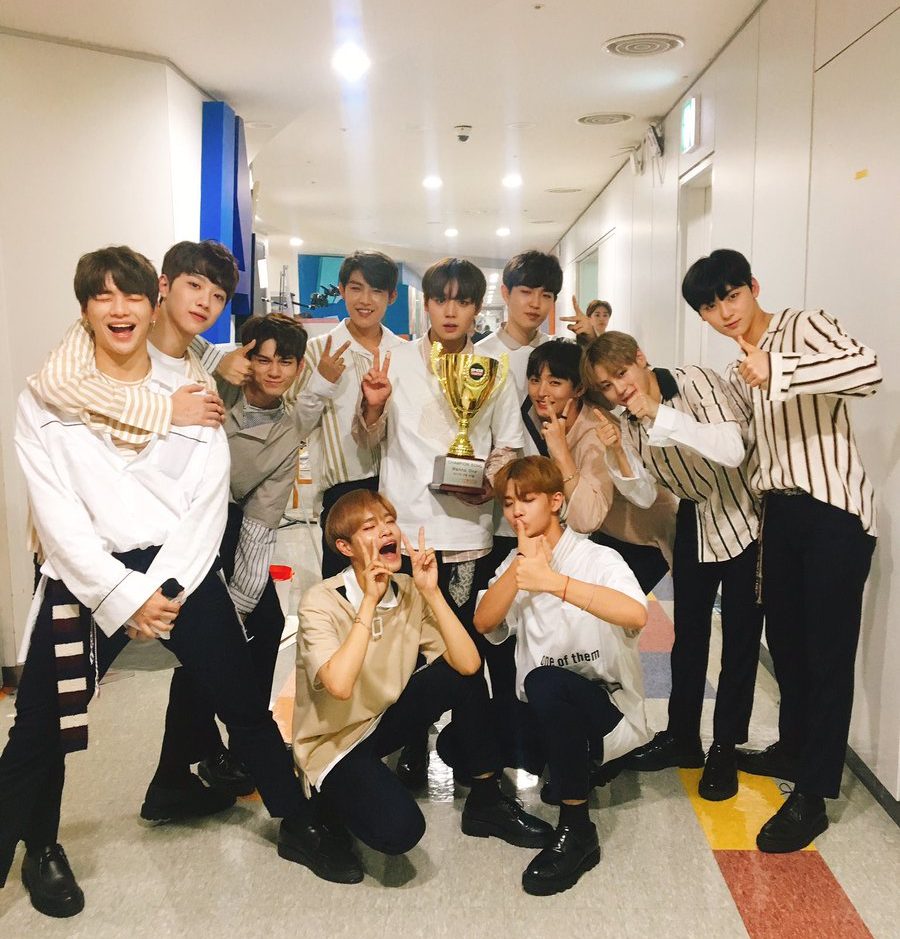 Wanna One has taken home another trophy for their debut track!

On August 23’s episode of “Show Champion,” Wanna One’s song “Energetic” was up against Red Velvet’s “Red Flavor,” EXO’s “Ko Ko Bop,” GFRIEND’s “Love Whisper,” and WINNER’s “LOVE ME LOVE ME” for the win. They ended up taking first place!

This is now the second time the group has won a trophy on “Show Champion,” and their seventh music show win overall. In addition, it was announced that Wanna One will be performing their song “Wanna Be” for the first time on “Show Champion” next week.

Watch their performance of “Energetic” and win below!