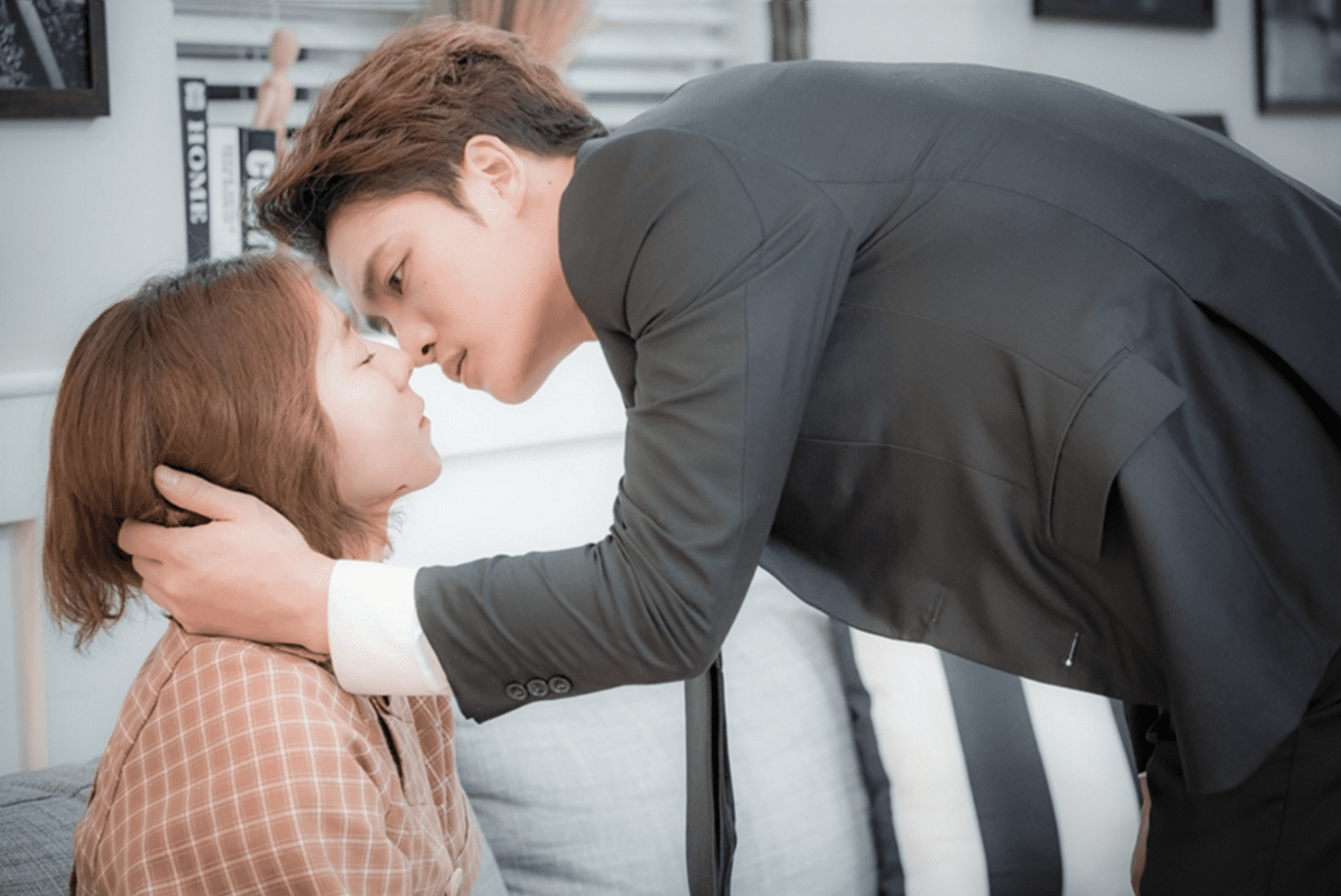 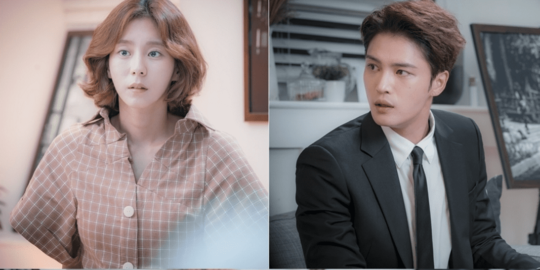 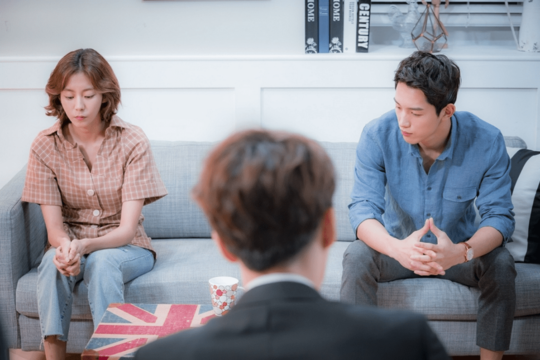 In the last episode, Bong Pil (Kim Jaejoong), traveling back in time to his 22-year-old self, rescued Soo Jin (UEE) from a fire. In the new stills, Bong Pil is back in 2017 and dressed formally for a meeting with Soo Jin. Before last episode’s events, Soo Jin was scheduled to marry Jae Hyun (Jang Mi Kwan) in less than a week, but the couple now sit far apart from each other, looking awkward.

“Manhole” also teased a picture of Kim Jaejoong approaching UEE as if to kiss her.