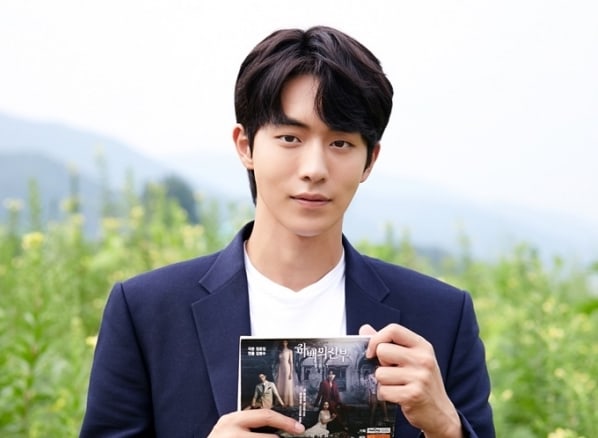 “Bride of the Water God” (written by Jung Yoon Jung and directed by Kim Byung Soo) aired its final episode on August 22.

After it ended, Nam Joo Hyuk (and the rest of the cast) shared his thoughts about the project.

“We had a fun time filming for six months,” he shared. “Obviously, there are parts that I wish I could have done better, but now that it’s over I feel both relieved and sad. I’m grateful to the cast and crew for leading me well.”

When asked what “Bride of the Water God” meant to him, he said, “Personally I think it’s an important turning point for me. I learn something new in every production but I think I learned a lot of things especially in this one. Rather than feel intimidated, I felt a good kind of responsibility. I hope to embrace that kind of responsibility in the future and show a more mature side of myself.”

He picked his favorite line as “Believing what you want to believe is your truth. Because that’s easier and less tiring.” He added, “I liked the romantic lines, but the words that Habaek [his character] tossed off towards the humans left a deep impression, like ‘If you understand, everything becomes easier.’ It felt like I was coming to realize a lot of things as well.”

About his character, Habaek, he shared that the difficulty of portraying him lay in his combination of godliness and clumsiness. “He’s a god among gods,” he said. “But at the beginning of the drama, through a variety of incidents, he becomes kind of a klutz. I thought a lot about how to deal with the situations where he was a klutz without losing his godly aura. I wanted to show a different image from what I’d shown before.”

Asked about funny incidents on set, he said, “The atmosphere on set was really good. I think we were always laughing while filming. In particular, Nam Soo Ri (Park Kyu Sun) and I found each other’s expressions and dialogue to be really funny so we couldn’t stop laughing at one point.”

He concluded by thanking the viewers. “Thanks to them, we were able to make great memories together. I hope that our production will be one that they remember for a long time.”

Nam Joo Hyuk
Bride of the Water God
How does this article make you feel?