Upcoming drama “Girls’ Generation 1979” (working title) is off to a great start!

The KBS drama is slated to air its first episode on September 11 and recently unveiled photos from their first script reading. 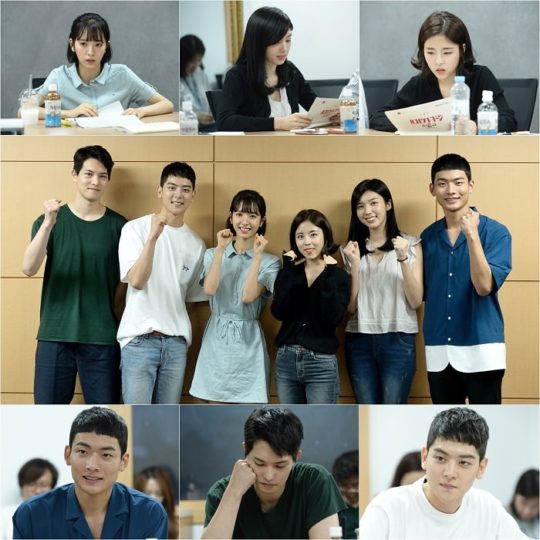 Before the reading began, director Hong Suk Goo said, “I am excited because this production takes place in the time and place where I used to live.” Producer Lee Gun Joon also said, “There will be good response from viewers as long as everyone here works their hardest.”

The actors all managed to get into the rhythm of the dialect that will be used for the drama. Cosmic Girls’s Bona plays the lead role for the first time in her career, but synchronized well with her character, “Jung Hee.” Chae Seo Jin slipped into her role as Bona’s friend and rival, while Min Dohee nailed the cold charismatic image of the neighborhood bully “Shim Ae Sook.”

After the reading, Hong Suk Goo said, “Now that we’ve read the script, I feel like this production will be even more fun than I imagined.”

“Girls’ Generation 1979” tells the story of a group of female high school students in the late 1970’s in the city of Daegu.