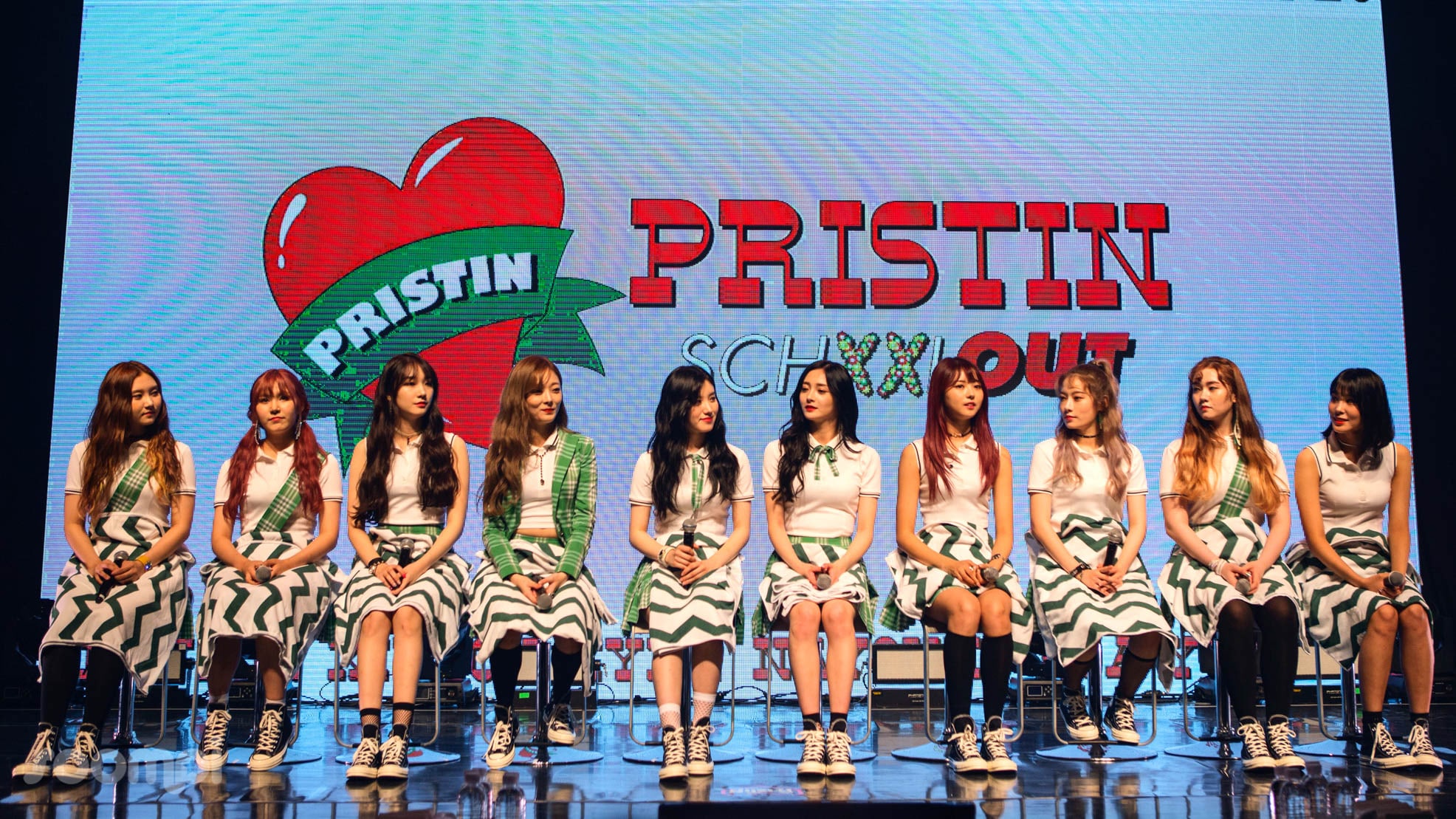 PRISTIN Shares Their Promise For If They Win No. 1 On Music Show This Comeback

On August 23, PRISTIN held their showcase for their second mini-album “SCHXXL OUT,” where they performed their new songs and gave an interview about their comeback preparations.

When asked if they had planned what they would do for fans if they won No. 1 on a music broadcast show, PRISTIN couldn’t hide their excitement. Leader Nayoung said, “For a start, we would give a formal bow to our fans.” She then added, “We will also give them a ‘bounce wink’ unique to PRISTIN.”

PRISTIN’s “bounce wink” is already well-known among fans and the group showed a taste during the showcase as well.

The girl group from Pledis Entertainment made their debut this past March with the mini-album “Hi! PRISTIN.” This is their first comeback since then.