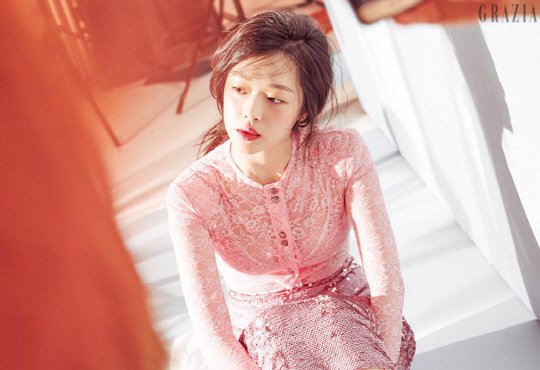 Sulli, who has completed promotions for her film “Real,” recently shot a pictorial with fashion magazine Grazia.

In the accompanying interview, she shared her thoughts on how other people perceive her and revealed what she considers to be the biggest regret in 24 years of living (Korean age).

“Because I say what I think, I get misunderstood a lot,” she said. “The people I’m close to often say that they need to hear me out until the end. I get frustrated when people misunderstand me, but I’m not the type to make excuses.”

She added, “I like hearing that I’m pretty, even if I hear it a lot. I hear that I’m ‘unique’ a lot and I think, ‘There are a lot of unique people, so why me?’ It’s not meant to be a challenge – I’m just curious. I’m always curious as to what people are really thinking.” 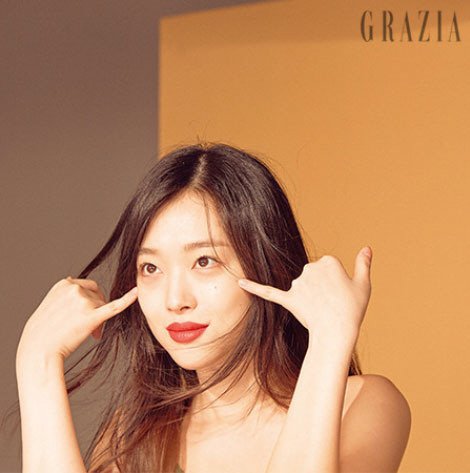 Sulli also revealed that she has great self-confidence when it comes to making friends. “I approach them with the mindset of ‘They won’t hate me if they know me’ and that I’ll regret it if we don’t become friends.”

Her biggest regret in life is not going to college. “I wanted to go to university but I couldn’t,” she shared. “I definitely want to go later on.”

Sulli worked as a child actress when she was younger before debuting as an idol with f(x). (She left the group in 2015 to focus on her acting career.) “In the beginning, it was hard entering a big industry like the entertainment industry,” she said. “I think it might have been easier if I’d experienced being in a smaller group of society first.”

Overall, she expressed satisfaction with her chosen career. “I think that where I am right now suits me the best,” she said.